This weeks hack is not particularly exciting nor is it really a hack, but what it lacks in excitement, it makes up tenfold in its importance. After completing a series about paracord and its many uses, I realized that I forgot to mention the most important part; basic knot tying skills you need to know. Given the number of knots and their variations, I’m going to break this topic up into a few hacks.

Right now, you’re probably thinking, what’s the big deal about knot tying– over, under and yank tight. It sounds easy enough, as most of us have been tying knots in one form or another since we donned our first pair of shoes.  But techniques of knot tying increase in complexity as the applications become more demanding.

Rope and paracord is only as useful as its weakest link. Assuming the paracord is neither frayed nor defective, that weakest link will depend on how it’s knotted.   Whether 550lbs or 4000lbs, the ropes tensile strength becomes moot if it unravels, slips and the knot you tied ultimately collapses.

Another important reason to knowing knot tying is during situations where speed is critical.  In life saving applications, knowing how to tie a quick non-slip knot can be the difference between life and death.

With that being said, it only made sense to have a section on knot tying.

There are literally hundreds of types of knots and cramming your brain with all of them will be counterintuitive. You only need to know a few of the critical ones.

If you were only able to learn 9 basic knots, it’s probably best to start off with the fundamentals below, because more advanced climbing, arborist and fishing knots will be based on these forms:

The most basic of knots using one rope end, the overhand knot is simple and quick. However it should never be used for life-saving applications or if you want to strap something down and keep it. Works well as a stopper to keep the rope from running through.

Another very basic knot using only one end of the rope, the Figure 8 knot, like the overhand knot, is great to use as a stopper to keep the rope end from slipping through a hole or something similar. Easily unraveled even under a heavy load.

Again, only using one end of the rope, a slip knot is tied for the purpose of having a quick release even if tightened under a load. The idea is that by pulling along the release end, the knot will quickly collapse. Similar to the Quick Release Knot (Highwayman’s Hitch)

Similar to the slip knot, the noose knot is a quick tightening knot that can be used to snare small animals. It can also be used to loop and tighten over a load (think lasso).

The double half Hitch knot is similar to the overhand knot but is used to anchor to an object with the single end of a rope. By itself it’s not terribly secure, but by adding another half hitch (or more) will minimize the chance for slipping and secure it even further. Good for securing basic loads.

The basics of this knot will be familiar as the start of lace tying. The beginning of the most basic knots using two rope ends, the half knot is quite simply, the crossing over and under of two ends of ropes. Useless by itself, but important as the first element of many knots.

An extension of the half knot, the square knot follows with an additional over and under. You can further secure this knot by adding a series of Half knots. Be careful though, this knot by itself is for very basic tying and not for critical life saving applications. It can slip and come undone.

A variation of the square knot. The surgical knot runs a few more sequences of a half knot before tying off into a square knot.

A good option to bind two separate ropes together and can be used for both ropes of different and equal sizes. If using two differing sizes, make sure the loop is created with the larger of the two ropes.

The above foundation knots are necessary to know and you’ll probably end up picking one or two of these as your go-to tie downs. However, for more critical situations like, climbing or life saving, do not depend on these knots alone. You’ll need more complex proven knots.

Be sure to read next weeks hack when we get into the more advanced climbing, arborist and fishing knots. 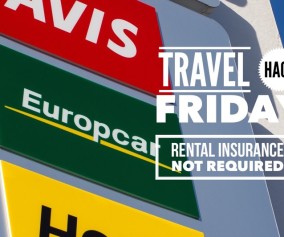 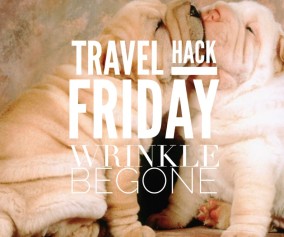 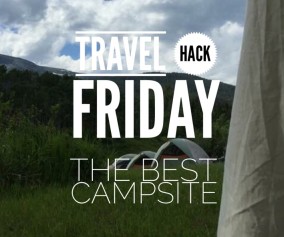