You Can’t lose! The 5 Best Buffets In Las Vegas

However your strategy to tackle Las Vegas, self-restraint or moderation is probably not going to be one of them. True to form, Las Vegas does everything big!   None more so than the legendary buffets the hotels offer to entice the sins of gluttony.

Whenever we find ourselves in Las Vegas, hitting a buffet for a perfectly seared rib eye, or for the piles of gigantic crab legs, is guaranteed to be on our list of to-dos. To be clear, these are not you regular hometown or 5$ all you can eat Chinese buffets. It may seem oxymoronic, but the best buffets in Las Vegas dish out some serious cuisine.  Best of all, you can gorge yourself on cuisines from all over the world without ever having to leave the Las Vegas strip.

But with all the options, which are the best buffets in Las Vegas? Unfortunately many of the buffets, like anything in Las Vegas can be a gamble, leaving you bloated and unsatisfied on nothing but grease and filler.

So to save you time, money and to make each calorie count here’s my top 5 best buffets in Las Vegas:

Bacchanal, Caesars Palace – the flagship buffet that all, before and after, aspire to be like. You’ll be hard pressed to find a buffet lover who doesn’t have Bacchanal as one of their best buffets in Las Vegas. With mountains of crab legs, ginseng chicken soup, and honey dripping off honeycombs, each section is compartmentalized and helmed by a specialized chef to maintain quality and authenticity. The food here, tastes as good as it looks. There’s no skimping on style and quality at Bacchanal. For those interested in making a buffet the highlight of your trip or perhaps wish to indulge in 9 separate restaurants at once, Bacchanal is a must.

Be forewarned though, this type of quality certainly does not come cheap, as the price is the on the high end of buffets, but once you get past the sticker shock, heaven is just beyond the cashier! 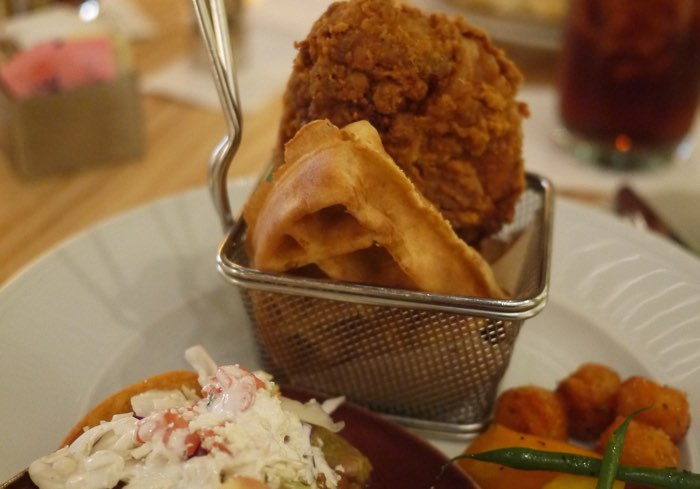 Wicked spoon, The Cosmopolitan – A real contender for the top spot as one of the best buffets in Las Vegas, Wicked Spoon is huge on creativity and presentation. Unlike most trough style buffets, dishes here are pre-portioned on smaller plates stimulating “tastings” rather than an all out gorging. For most, it’s a departure from the stigma of buffets creating a classier experience. You’ll avoid overdoing it on their designer spicy mac-and-cheese, and be able to take advantage of the wide range of ethnic cuisines.

Probably the only think lacking is the seafood selection. Not to say they don’t have seafood, but it’s just not as ample of a selection as many of the other Las Vegas buffets on the list. But then again, it might be because they had to make room for their full sized gelato bar! 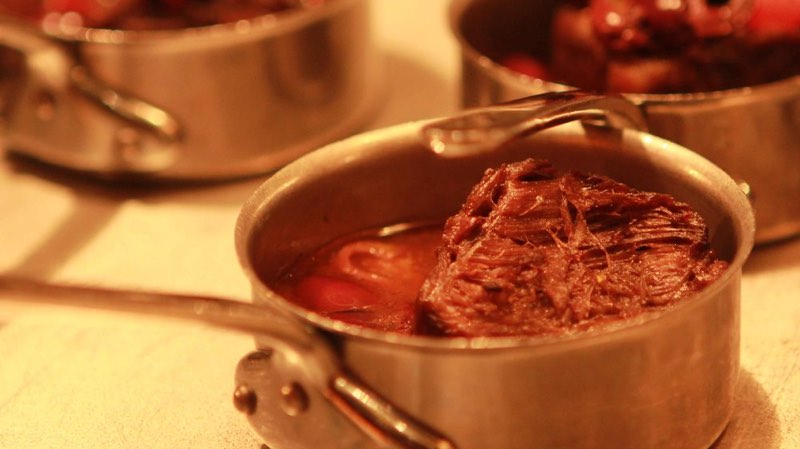 The Village Seafood Buffet, RIO All Suite Hotel and Casino- The RIO has two buffets.  But the one that you should invest your winnings in is the Village Seafood Buffet. One of the originals that once commanded massive waits and lines, the Village Seafood Buffet has gone through a bit of a renaissance over the years restyling itself as the THE premier Las Vegas seafood buffet. Although the buffet has since fallen out of favor in the wake of more upscale competition, make no mistake this is a solid buffet.  If seafood is your sin, you’ll have an endless stream of Lobster, crab legs, oysters on the half, shrimp, clams, mussels and much more.

Studio B, The M Resort – A newer edition and a bit of trek from the main strip, Studio B understands that, if you bothered to make the trip to their buffet, they better not disappoint.   With most standard offerings typical of Las Vegas buffets, Studio B rises above the competition by including beer and wine into the cost – making Studio B a great deal and a great start to your Las Vegas adventure. The alcohol selection is limited, but with mimosas on tap, who’s complaining!

Also worth mentioning, Studio B at the time that we went had quite a lot of vegetarian and meatless options – A welcome break for those on meat overload.

Le Village Buffet, Paris – If you have an awesome crepe bar, you’re going to make my list.  With a pretty impressive menu of sweet and savory crepes, Le Village Buffet brings a taste of France to Las Vegas.   I’m not going to say it’s as good as the ones you get from an authentic French creperie, but it certainly satisfies the Jones. In addition to the crepes, you’ll also find Parisian staples like macarons, crème brulee, and truffled pastas!

It’s an older option on the strip, and does lack the bells and whistles of the newer buffets, but it is quite a bit cheaper than say Bacchanal or Wicked Spoon and definitely deserves a spot as one of the best buffets in Las Vegas.

Where once Las Vegas was all about gambling, it has since become synonymous with its buffets. Regardless of what your plans are in Las Vegas, I bet you’ll end up, at a minimum, at one of the many buffets.   Hit up any of the top 5 Las Vegas Buffets listed above and you’ll walk away happy and satisfied knowing you finally beat the House!