Above image courtesy of Tdlucas5000

Seattle is often overlooked as a travel destination. I hazard to guess that most Canadians living on the West Coast tend to cross the border to (a) pick up some packages they ordered from Amazon from their mailbox in Blaine; (b) pick up milk, cheese, and other super hormone infused groceries in Bellingham; or (c) buy some outdated and oversized clothes from the Premium Outlet Mall in Tulalip.

Being further south than all the locations just mentioned, the number of Canadian license plates on the road virtually vanishes by the time I enter Seattle. Too bad, because Seattle has much more going for it at times than say, oh, Vancouver (yes, I said it). I’ve been staying in Seattle for at least 4 weekends a year every year for the past 5 years. I make it a point to go to Bumbershoot during the Labor Day Long Weekend, to the Capital Hill Block Party to listen to an indie pop band, and to some of the evening events held by the Seattle Art Museum.

I do enjoy the Seattle vibe – call me an undercover hipster.

So what do I do in my last 2 days in Seattle? I do all those things that are native to Seattle and cannot be found in any other city. I avoid tourist traps like the Seattle Space Needle, which we call the CN tower here in Canada, and I avoid the things that would either have a long line up (like Dim Sum at Din Tai Fung in University Village) or take a while to get to (like heading over to Portland for some tax free shopping). I’d maximize my time, and do the things that’s always made me feel connected to the city. Here are just a few things that have made it on my list.

This is one of my favourite ways to spend an afternoon in Seattle. First, I grab a sundae at Molly Moon’s Homemade Ice Cream and park myself with sundae in hand at Cal Anderson Park. Sometimes, I just sit there; other times, I watch the local hipsters play a game of Quidditch or bicycle polo. After polishing off the sundae, I go around the corner and spend some time at Elliot Bay Book Company, a bookstore with that iconic “feel” (like Powell’s books in Portland but much smaller). I’ll grab a coffee in their coffee shop, peruse the graphic novel section (basically, comic books for adults), and then settle into looking at some nonfiction. When happy hour rolls around, I go a few doors down to Oddfellow’s for some drinks and a quick bite. Nice relaxing afternoon, all in the span of a block or two. 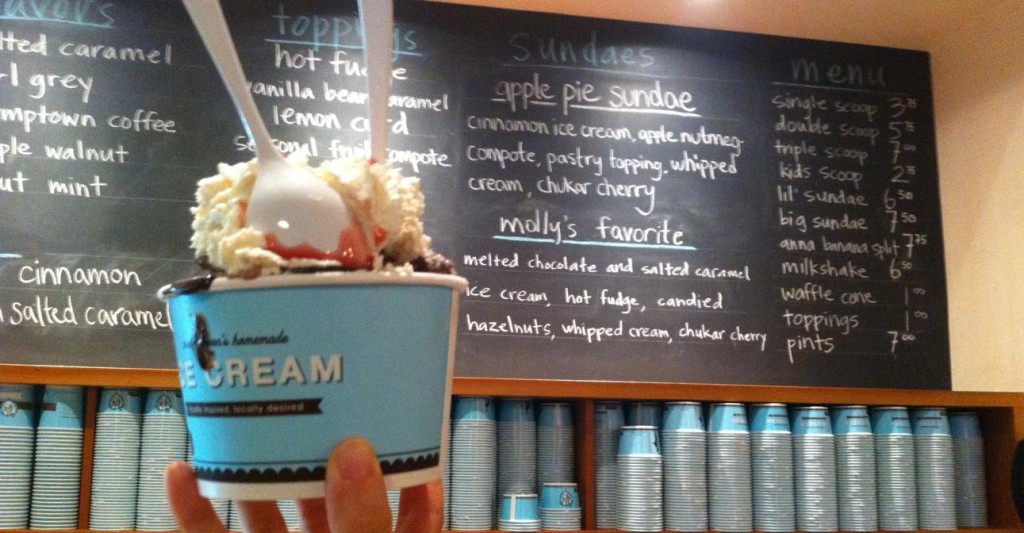 Every time I’m in Seattle, I eat at Lola’s at least twice when I first arrive and twice more before I leave. For brunch, I get the pancakes with sausage links and mascarpone. Sometimes, I’ll even get an extra pancake on the side because my wife wants a piece (and I’m unwilling to share). It’s that good. For dinner, the dish I recommend isn’t even an entree; it’s actually a side: Grandma Dot’s Spaghetti, and we actually have to get 2 (as per the sharing issue stated previously). After brunch (or before dinner), I’ll walk across the street to Dahlia Bakery for a Fig Newton and Chocolate Truffle Cookie. Before heading back across the border, I usually grab a few more cookies to savour crumb by crumb before the next time I’m in Seattle. 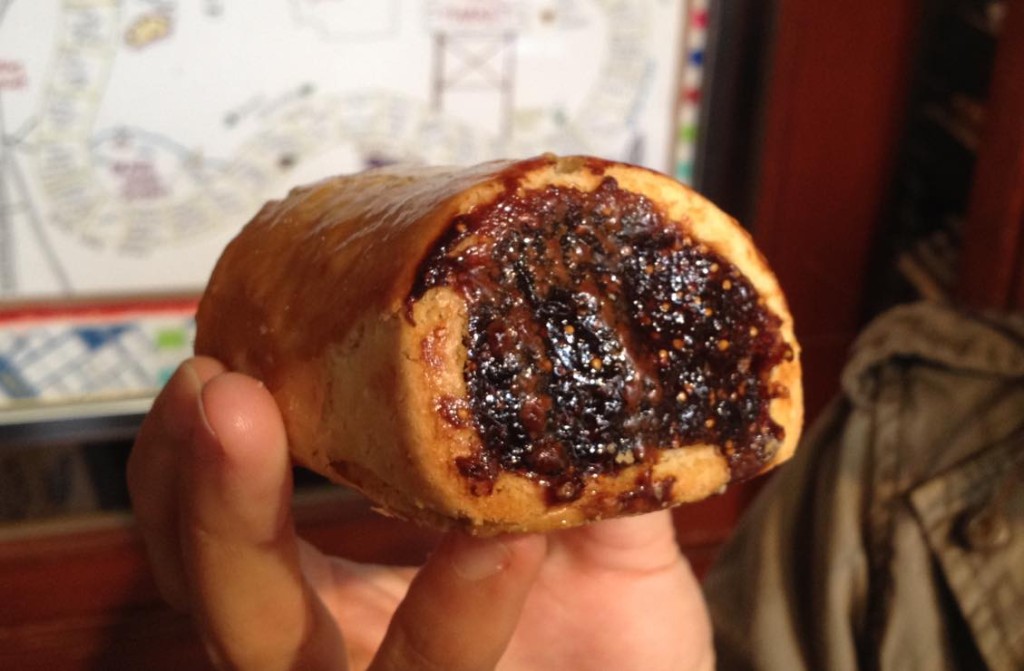 The Coffee Shop of Choice: Starbucks

No, my coffee shop of choice in Seattle is not a hippy, independently owned coffee shop decorated with vintage furniture and stacks of FRAME or MARK magazines and serving artisan coffee. It’s quite the opposite: the generic-looking Starbucks franchise serving slightly burnt Pike coffee with a side of USA Today in University Village Shopping Centre. But, this Starbucks has a buzz about it that I’ve never experienced anywhere else. My guess is that the place attracts professors, students, and academics from different backgrounds. Looking at the slew of laptops that occupy the centre table, it looks like the equivalent of a Model UN but for university students. All those brain cells firing at once in such a confined space rubs off on me, and for a second, as I’m reading the newspaper, I feel as though I’m not in a Starbucks franchise but on the ground floor of a San Francisco based startup.

I know I said I would avoid touristy places, but I enjoy going to Pike Place Market because I enjoy watching other tourists in town. I like watching the long line up in front of the original Starbucks store. On a clear, sunny day, I like standing at the edge of Victor Steinbrueck Park (which is directly overlooking the Alaskan Way Viaduct) and looking out onto Elliot Bay, with the big Ferris wheel and Safeco Field in the distance to my left. I like walking through the small side streets around Pike Place market and looking at all the food options available. The place has got a buzz that rubs off on you, and I like it.

For the Inner Child:

Spending time in Seattle for me isn’t complete without going to a festival. If you haven’t been to Bumbershoot (which takes place over the Labour Day long weekend), you need to go. A celebration of the arts, Bumbershoot is part music festival, comedy act, dance exhibition, literary expo, and fine and visual arts showcase all rolled into one. I usually check out the shows on the smaller music stages, spend some time in the Starbucks Lounge (which you can access if you’re a Gold member), and walk around looking at all the other booths, art shows, and graphic posters in between. Makes for a great day.

PAX and Sakuro-Con both have a buzz and following of their own. Growing by leaps and bounds year-over-year, both festivals remind me of what Comic Con would be like (if I ever made it to Comic Con). My favourite part of the festivals is seeing all the cosplay spill onto the streets. It certainly appeals to my inner geek.

There are some more things I would do, but that will have to wait for another blog post. What would you do in your last 2 days in Seattle? In your hometown? I’d love to know.

See our other 2 Day Series

Gearhead has been a geek since watching MacGyver make a defibrillator out of candlesticks, a microphone cord, and a rubber mat.  He’s responsible for online content, but when he’s not working, he teaches chemistry.  He doesn’t own a lot of gear, but whatever he lacks, there’s an episode of MacGyver out there that will help him make it.

Latest posts by Gearhead (see all)

2 Responses to Last 2 Days in Seattle