The Road to Nowhere – Cappadocia to Pamukkale 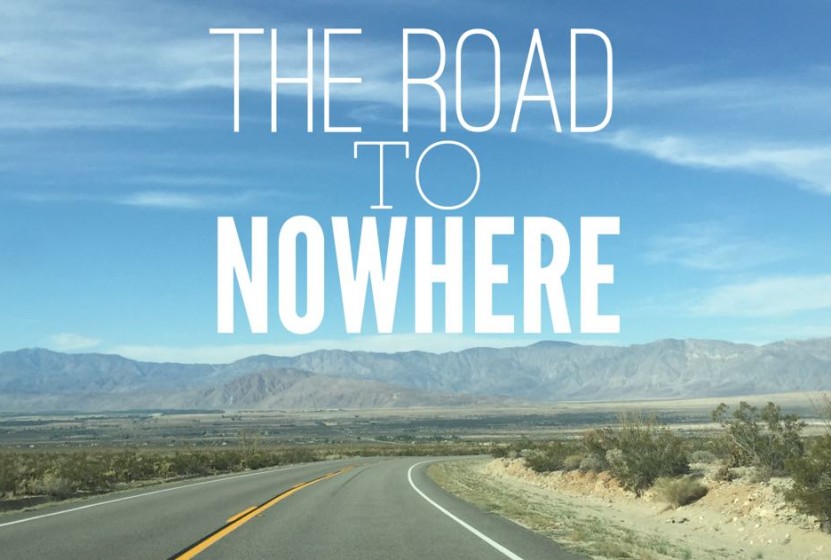 I couldn’t remember where I was.

Through the haze of deep sleep, I could hear the footsteps crunching on the cheap vinyl carpet. Somehow, through the fog, I knew those steps were coming for me. The bus lurched. The breaks squealed as they forced the bus to a painful stop. Was I in the right place? Did I somehow turn left instead of turning right? Maybe, perhaps maybe, I had gotten on the wrong bus. The events of the day unfolded quickly in my mind; about 7 hours ago my wife and I boarded a night bus from Cappadocia bound for Pamukkale. I was certain I confirmed with the ticket agent; double and even triple checked the number. No, I didn’t make a mistake.

I struggled to make sense of my surroundings, but the dim cabin lights magnified my displacement. Looking around at the other passengers, mostly locals, I could swear they were consciously avoiding eye contact. I had a feeling, they’ve been down this road before and that wherever we were, it was a place they certainly did not want to be. As I peered out the window, greeted by my own reflection, I could see only darkness. This sure as hell wasn’t the Travertine pools nor was it Denizli.

The Galley Master, looking convincingly like a bus attendant, addressed us in English laden with a thick Turkish accent, “Here, here.” Whipping us into line like sheep to the slaughter, he forcefully ushered us out the now open back door.  There were four of us in total: me, my wife, and two other women. Within moments, before we could realize what was happening, we were standing alongside the bus, watching the driver grab our packs and toss them haphazardly unto the roadside, all while ignoring our silent protestations.

I grabbed the Galley Master’s arm as he turned to walk away, hoping to force a conversation or the very least an explanation. With a surprising deftness, probably honed from previous victims, and in one well-rehearsed movement, he shrugged off my hand, jumped on the already moving bus, turned and said, “Here, wait here.”

“Wait here? There’s nothing here,” I responded to no avail.

As we watched the bus roll away in the darkness the four of us shared a glance. Words were unnecessary at this point, but we knew what we were all thinking, “what the fuck just happened?”

We were in an empty lot, surrounded by trees on all sides. Besides the few crude wooden benches dotting the edges and a couple of randomly placed street lamps, the lot was unremarkable. About 100 feet away, a group of Turkish men stared at us with a mild curiosity. Periodically they would take drags off their cigarettes to remind us of their indifference.

We were in the middle of nowhere.

I’ve been stranded before. Being a seasoned backpacker, this certainly wasn’t my first rodeo. I’ve hitchhiked, I’ve trekked, and I had no reservations about asking help from strangers. But this time it was different.

I could hear the disembodied growls all around us. It happened fast.  Within heartbeats, the shadows came alive with a pack of rabid wild dogs. Like predators sensing weakness, the dogs circled, jostling and pacing for a better attack position. With little effort, I instantly spotted the Alpha; a big muscular hellhound, with glistening yellow teeth, whipping saliva with each bellow. This was no ordinary run in with strays. Instantly we went on the defense. The women formed a tight defensive circle, stepping as high on the benches as was possible; I grabbed my bag, holding it in front of me as a shield. The pack continued to circle, brandishing their teeth, howling intermittently as though calling for action. I bluff charged, I yelled, but this only served to aggravate them more. We braced ourselves, as the attack seemed imminent.

Suddenly, we could hear loud whistling, followed by even louder yelling. From behind us, the three Turkish men dropped their indifference and charged, attacking with rocks and cigarette butts. The dogs attempted to mount an offensive. But in the face of greater aggression, the pack scattered running back into the shadows from whence they came. Clearly, these men have dealt with their kind before.

Perhaps we were meant to wait for another bus, or perhaps we really were left stranded. Looking back, it no longer really mattered. What was expected to be an uneventful bus trip from Cappadocia to Pamukkale became one of our fondest memories. In the end, the three men not only pulled us from the fire, but also helped us arrange a ride to take us the final few hours to Pamukkale. For my wife and I, this was the reason we traveled. In the place we least expected, we were given a peek behind the curtains and experienced the genuine kindness and generosity of the Turkish People.

If this was nowhere, I’ll take that over somewhere any day.