Is that Doner a Gyro? 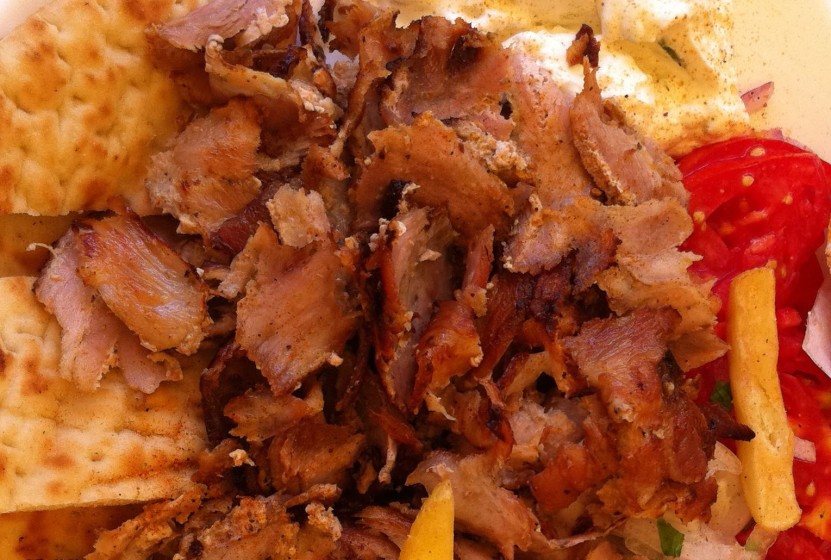 Is that Doner a Gyro?

When traveling to a new destination, my biggest fear is making a complete ass of myself.  Typically, when planning for a trip, part of my prep ritual is to research the history, culture and etiquette of the destination.  This not only enriches my travels and overall immersion, but also helps me to avoid being that tourist. I know you’ve all seen them: loud, obnoxious and generally insensitive to anything different. But before you think that I’m taking the high-road on this, I must confess, I’ve been guilty of a few personal transgressions too.

I like to think that I’m relatively successful blending in and “doing as the locals do”, but every now and then, my horrible habits bubble to the surface…

Case in point, during my last trip to Turkey I stuck the proverbial “foot in my mouth”. Normally I would include my wife in my anecdotes, but for this particular story she has disavowed any involvement and has forbidden me to use the word “we”.  But, then again, she hasn’t subscribed to the blog so she’ll be none the wiser.

After a long overnight flight to Istanbul, our first critical mission was to get some food. Considering it was early morning and options were a bit limited, we decided to get the lay of the land around the Sultanahmet district and if lucky, scrounge up some local chow. As we walked through the neighborhood we spotted a man skewering slabs of raw, marinated meat on a vertical spit. Pounds and pounds layered upon each other in preparation for the hungry throngs that would inevitably arrive. Being from the U.S., I immediately recognized it for what it was and so, armed with my knowledge learned from Wikipedia, I strolled confidently up to the counter and asked…are those Gyros you’re preparing? 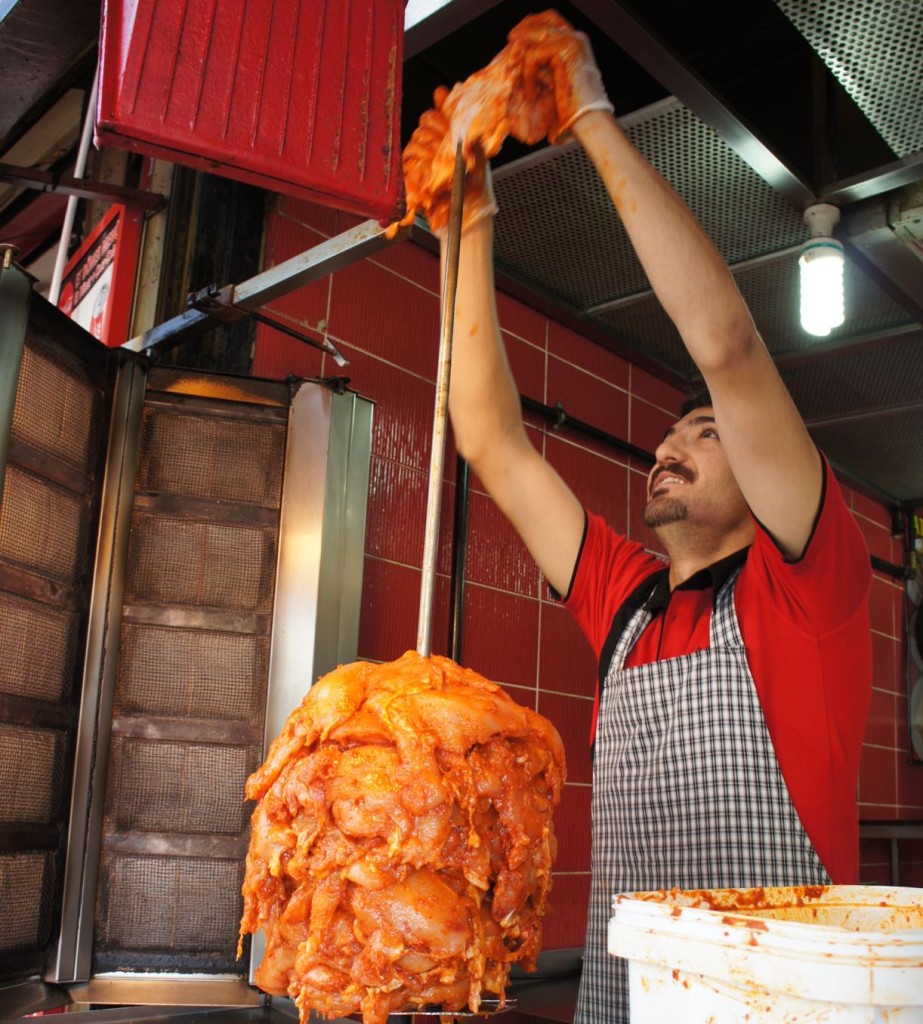 It was a long silence (in reality, it was probably only a few seconds). The man finally gave me a wry smile, accompanied with a sidelong glance, as he pointed to a sign, and said, “no…it’s a Doner”

It certainly wasn’t the end of the world, but embarrassment is merciless (and my wife’s memory is unforgiving). Thankfully the gentleman understood my honest mistake, that or I’m convincing myself it wasn’t the first time he’s been asked that question. Whichever it was, he was very polite in addressing my faux pas and didn’t draw attention to my blunder.

Needless to say, I am now hell-bent on determining what made the two dishes different besides geography. More importantly though, I want to save you guys the same embarrassment.

The Gyro and Doner Difference

Both the Doner and Gyro are staples in their respective countries and can be found virtually everywhere. Turkey has the Doner, or Doner Kebab, whereas Greece has the Gyro. At first glance their appearances seem very similar in presentation and preparation.   The columns of meat can usually be seen marinating slowly on a rotating spit with thin slices being carved off periodically. Both dishes are generally served with Pita bread, and complemented with different sauces and salads.   Apparently, they were so similar that Greece even used the word Doner at one point, only to eventually replace it with the term Gyro. Confused? So was I! Believe it or not though, they are unique with their own distinct taste. 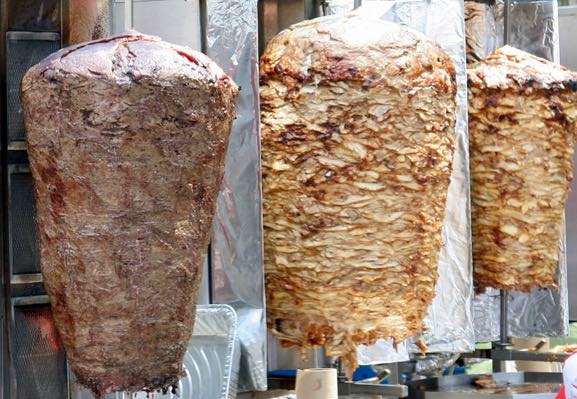 The Doner Kebab, is a Turkish dish usually made from either lamb, veal, or chicken and is generally served with flatbread, onions, tomatoes, hot sauce, and pickles. As fast food the meat, sauces and garnish are all tightly wrapped in a pita making it easier to walk and eat without skipping a beat. On the plate version though, it can be served open face with additional goodies like hot tomato sauce and sheep butter – think Iskender kebab

The Greek Gyro on the other hand, is typically made with fatty moist pork, tomatoes,  and onions wrapped tightly by an oily grilled Pita bread. Like the Doner, chicken and veal are occasionally found, but not as prevalent as pork. The most notable difference from the Doner is the inclusion of fried potatoes and tzatziki sauce. The Greek Gyro seems slightly less healthy because of the added fat and frying, but it’s unbelievably flavorful – who doesn’t love potatoes. Reminds me of a California burrito (more on that in another post :)) 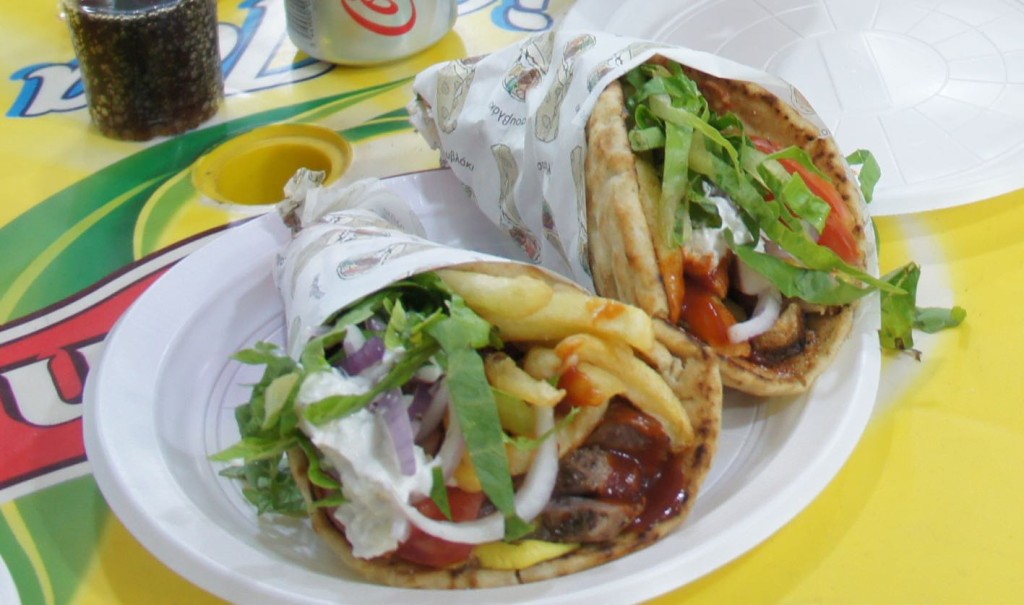 Think it’s starting to make sense? Wrong again! To make it all the more confusing, variations exist worldwide with places like the U.S. and Canada using the terms interchangeably and with much flexibility. Even the Doner Kebab has multiple variations within Turkey where it’s sometimes served with rice or with cheese.  To set themselves apart,  you’ll even find restaurants calling Doners by its Arabic name “Shawarma”.

Still, embarrassment and confusion aside, we were first in line a few hours later. You don’t need to know what it’s called to enjoy it. I know we didn’t.

What were your most embarrassing moments on the road?

» Destinations, Food & Thoughts, Turkey » Is that Doner a Gyro?

4 Responses to Is that Doner a Gyro?