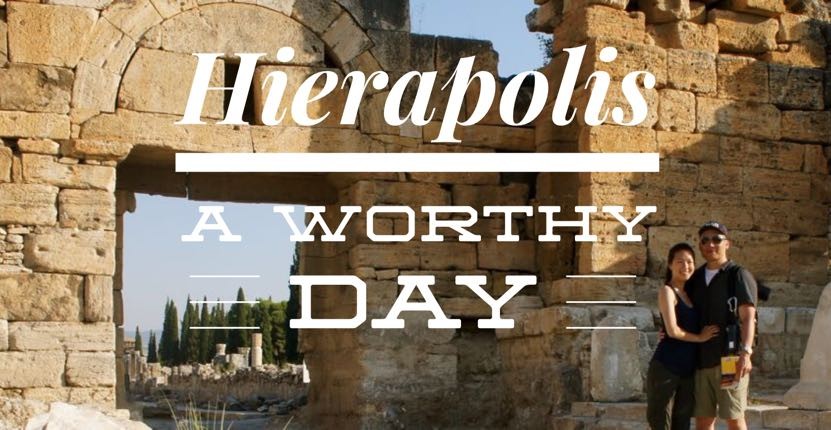 There are very few places in the ancient world, or modern world for that matter, that can claim the same distinctions as Hierapolis. An ancient city sitting high atop the travertine cliffs, overlooking the nearby town of Pamukkale, Hierapolis is a medley of Roman, Byzantine, Christian, Jewish and Pagan influence. Hierapolis is history encapsulated. Built upon a bed of thermal springs that over eons created a doorway of terraced travertine pools, its natural presence is as impressive as the city that once stood there.

For the dedicated explorer of ancient ruins, Hierapolis, A UNESCO World Heritage site, will be a satisfying day of exploration. Although the brilliance of its calcite waterfalls have dulled overtime, and many parts are beginning to display it’s age (about a 1000 years!), the ancient city is a stop you must make on your way to Cappadocia or to Selçuk.

Once an important religious and healing center for the Roman and Byzantine empires, the thermal springs were exploited for it’s healing powers, and it’s religious symbolism. The sick and the infirm came from all over the empire to bathe and even worship at Hierapolis. Rebuilt in 60 AD, the ancient city has gone through a number of changes and ownership over the centuries only to be finally abandoned in 1334 due to an earthquake. For most parts of Hierapolis you’ll need an imagination to discern the ruins, but the structures that do remain are still quite impressive. A huge portion of the city is freely accessible allowing you to explore and get up close. With main streets, corridors, and gates still intact, you’ll get a very good idea of what once went on here.

At the time we visited, cost for both Hierapolis and the Travertine pools was about 20 TL, without in and out privileges. Not a deal breaker by any means as a day is all you really need. If you do get tired, unlike many ruins you’ll come across throughout your travels, you can spend the remainder of the day bathing in their antique pool or wandering through the Archaeological Museum.

What you need to see at Hierapolis: 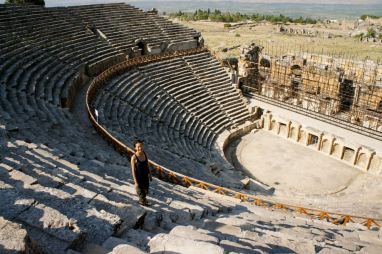 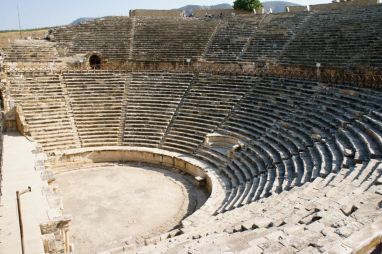 Martyrium of St Philip the Apostle 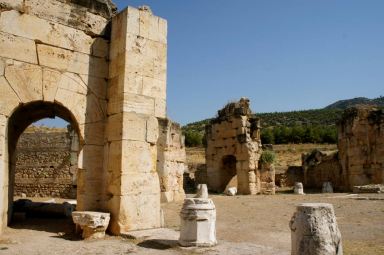 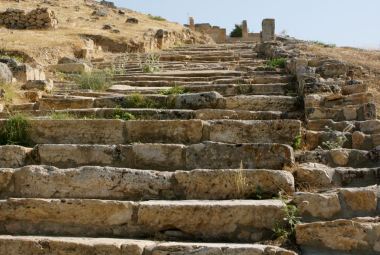 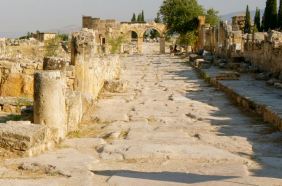 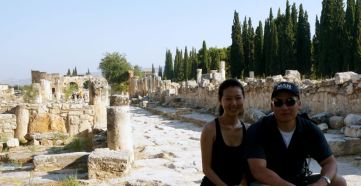 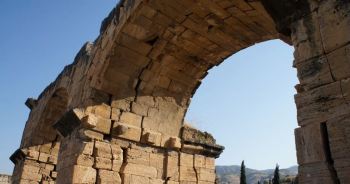 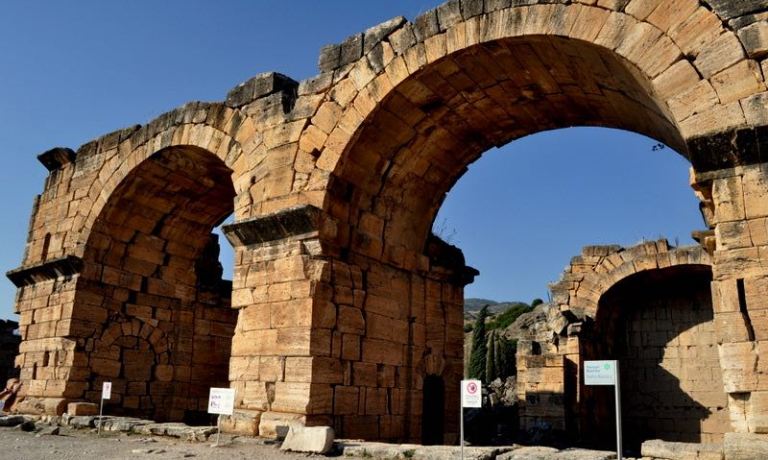 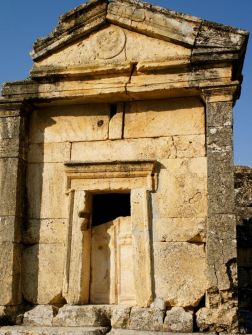 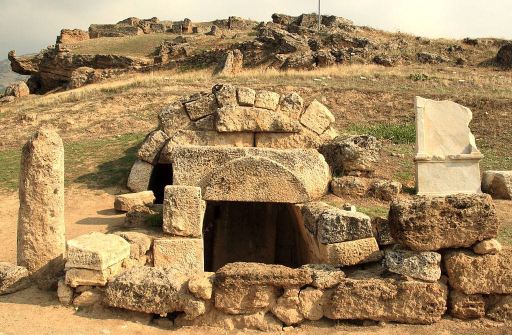 Hierapolis is one of the main reasons visitors come to Pamukkale. The ancient city does draw a lot of visitors, but being allowed to roam freely and explore at your leisure makes up for the endless crowds. The area that it occupies also does wonders in thinning out the herds.

I know in my previous post I said that Pamukkale is a one-day trip, and that is still true, but if one day were all I had it would be spent exploring Hierapolis.

3 Responses to Hierapolis – a worthy stop