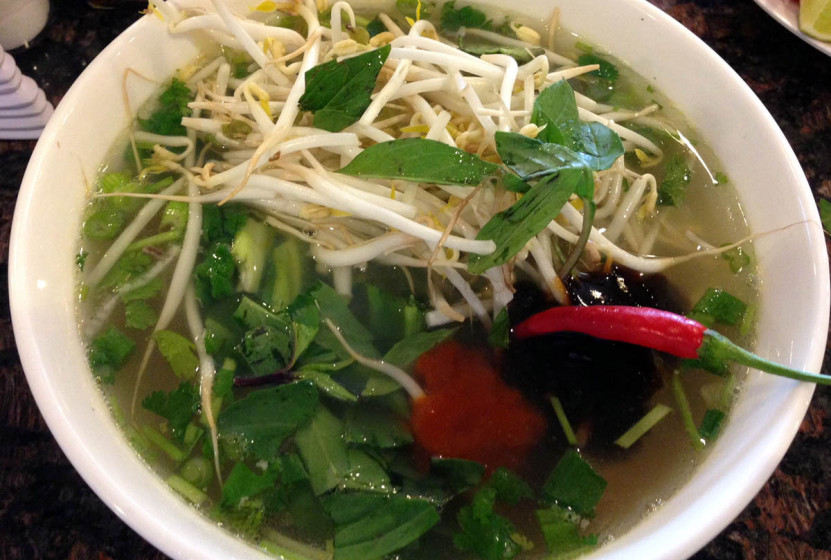 Have you ever stopped to wonder how they make the noodles for your Pho noodle soup? That question had never crossed my mind until my visit to Nha Trang, Vietnam.

For those who don’t know, Pho is a Vietnamese soup containing rice noodles and meat. It is often served with basil, bean sprouts, green onions, and lemon and Hoisin sauce are added to taste (unless you are like my husband and add half the jar of Hoisin sauce – in that case it really isn’t Pho anymore but some form of Hoisin soup). You can get different types of Pho and various combinations, but the basic types are: 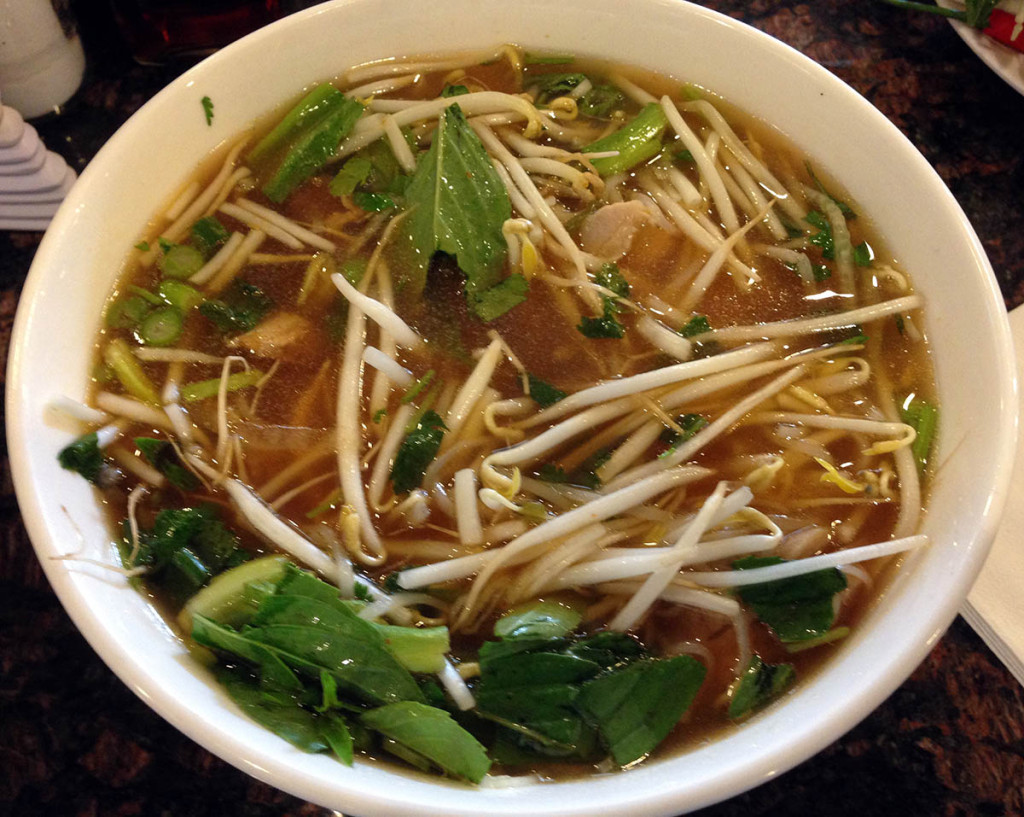 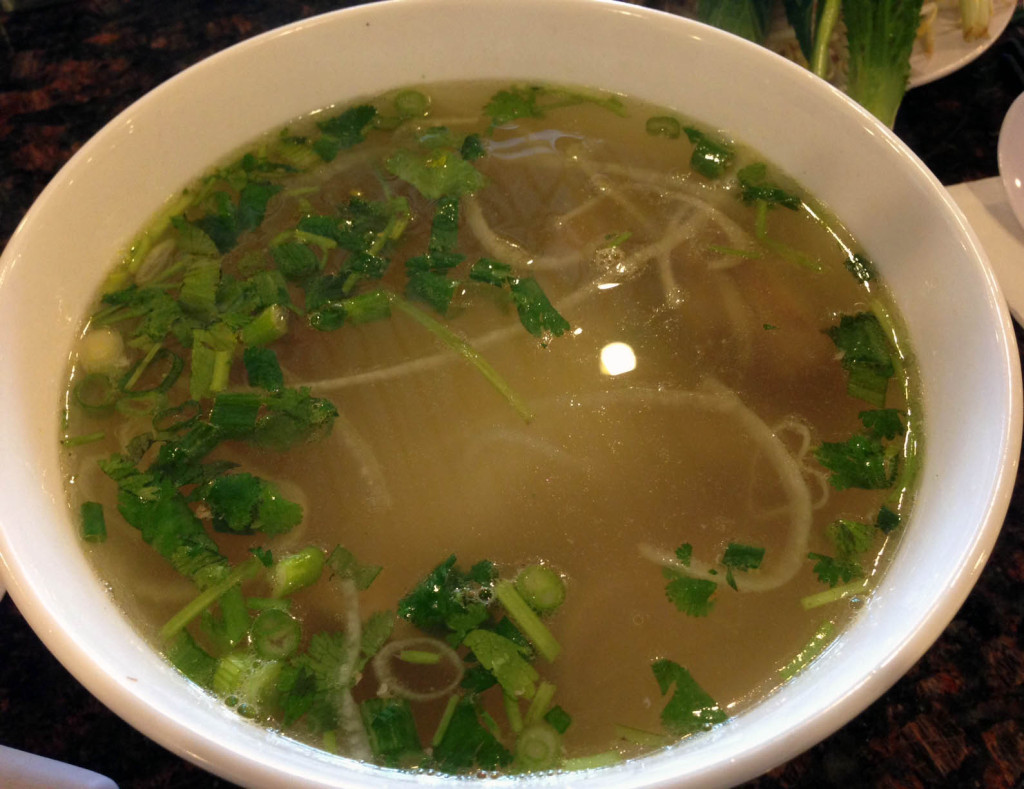 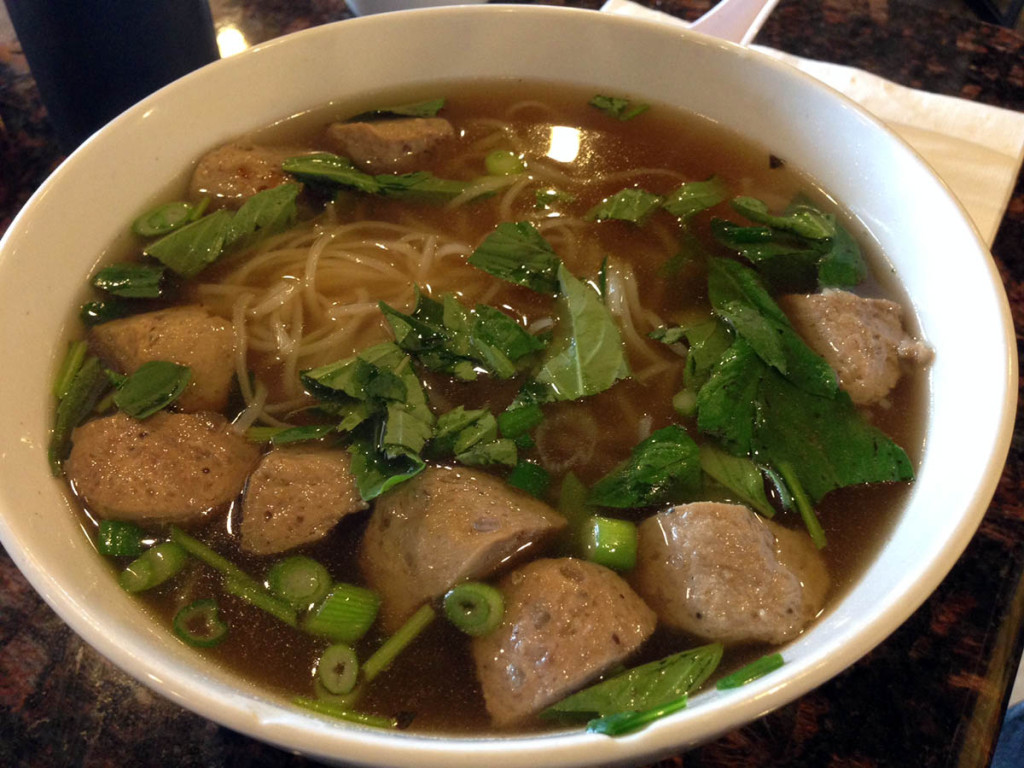 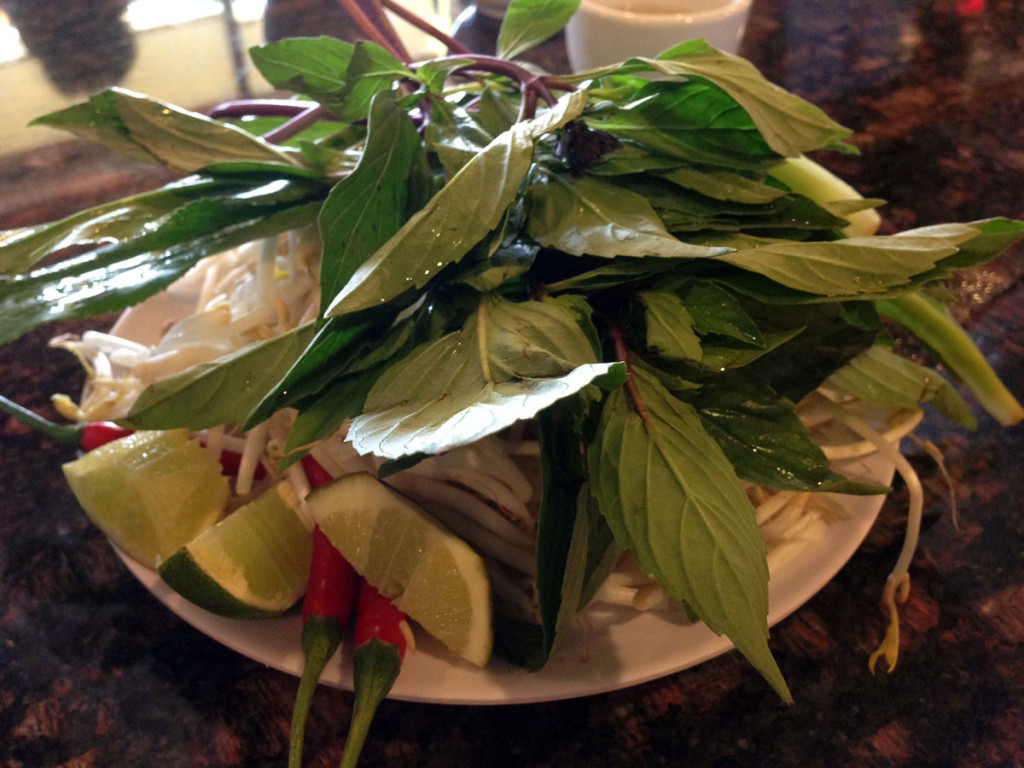 Like I said before, I never really thought about how the rice noodles are made – just more concerned with the type of Pho I was going to order and whether the broth is going to be flavorful and free of MSG. When you are making Pho, it usually takes about 15 seconds to cook the noodles (assuming they have been presoaked) – just put them in boiling water to soften, throw them in the bowl and add the broth. Simple enough. But there’s actually a whole other process that is invisible to us Pho eaters before we can even boil the noodles to eat our favorite Vietnamese Pho noodle soup!

Step 1: rice grains are soaked in water for a long period of time to soften.

Step 2: once soft enough, the rice is ground up into a batter. Traditionally the rice is not mixed with any other flour, but now it is common for people to add tapioca starch to make it more chewy and flexible.

Step 3: the batter is then heated directly onto the drying racks (you can see the fire provides a constant source of heat).  Here’s a video that helps that shows you the art of making banh Pho: 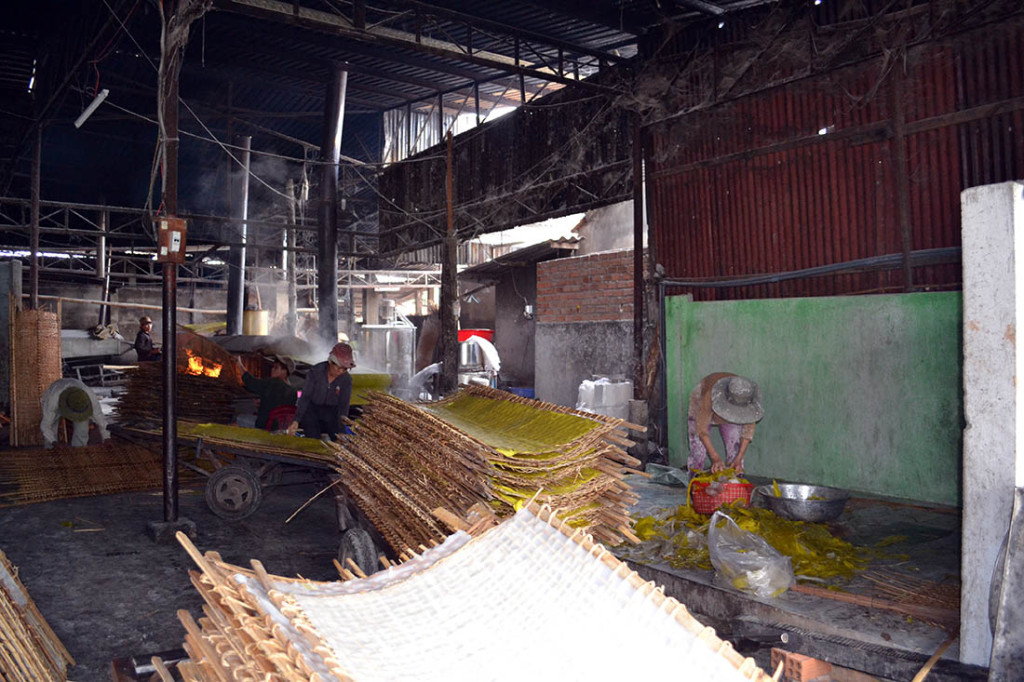 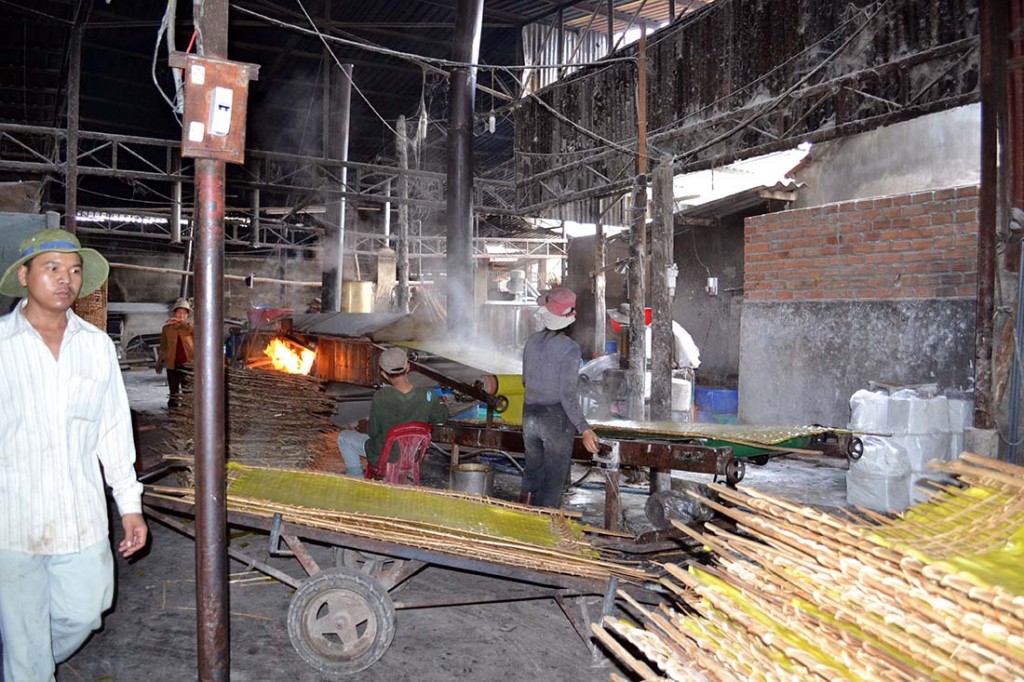 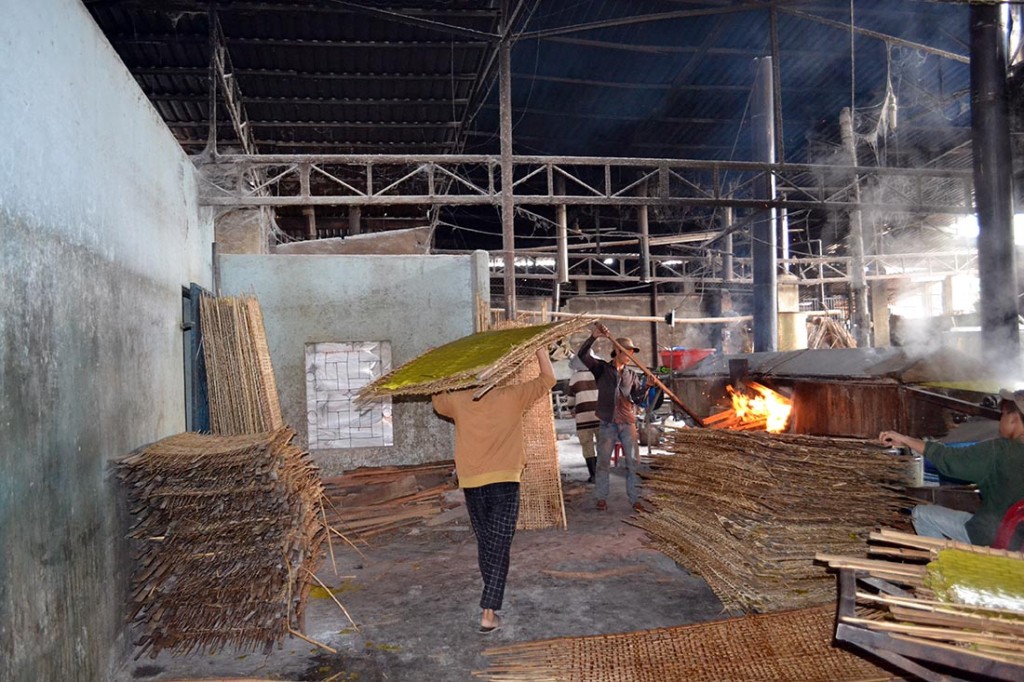 Step 4: the racks are placed out in the sun to dry. 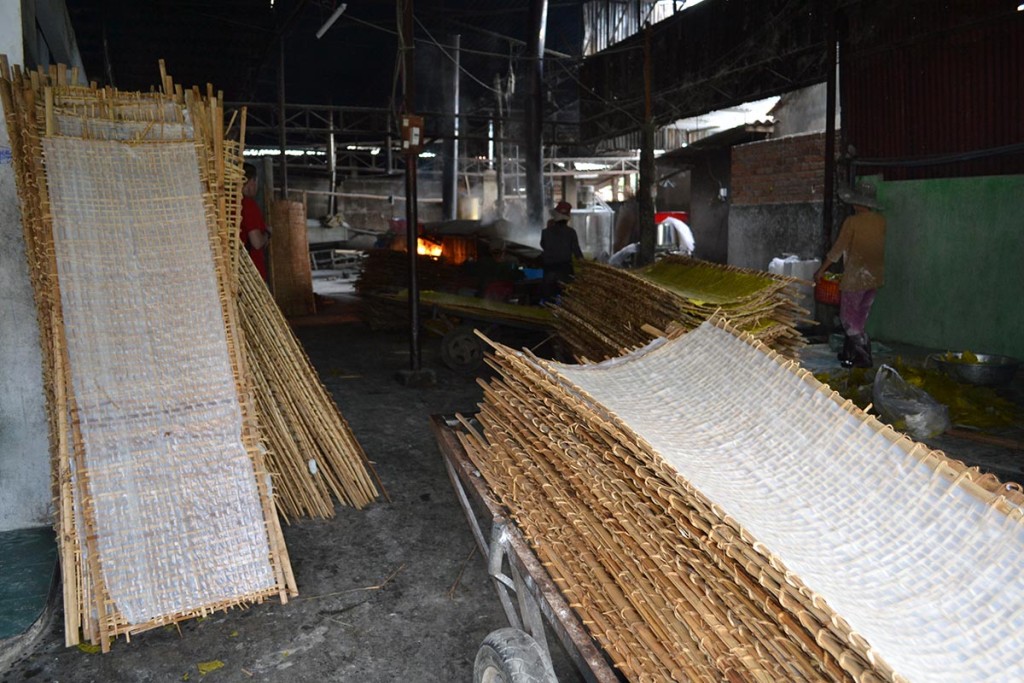 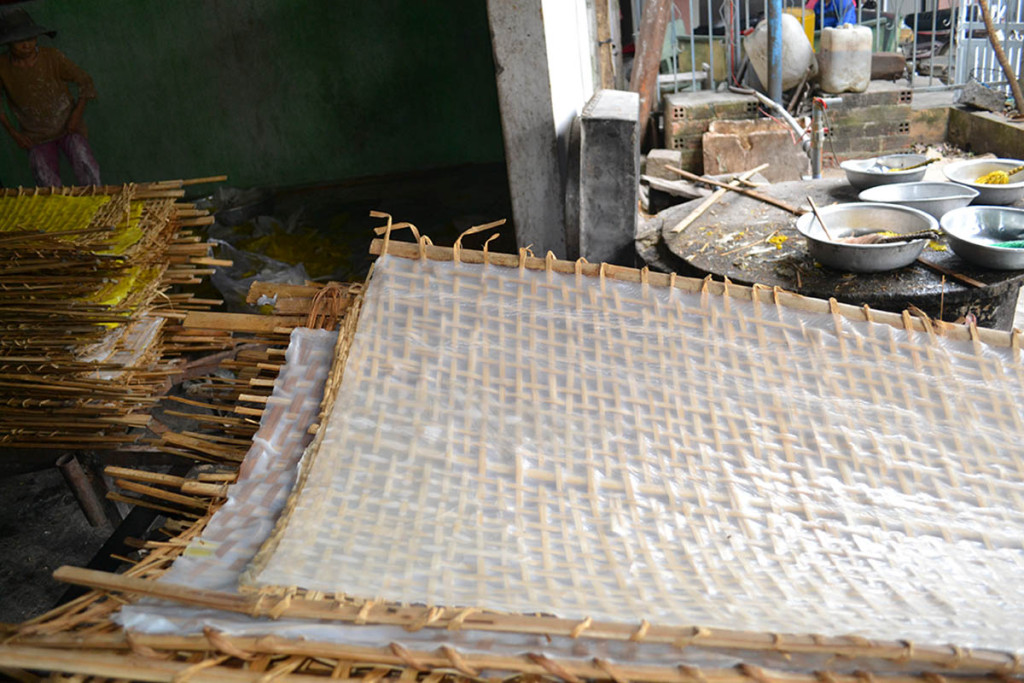 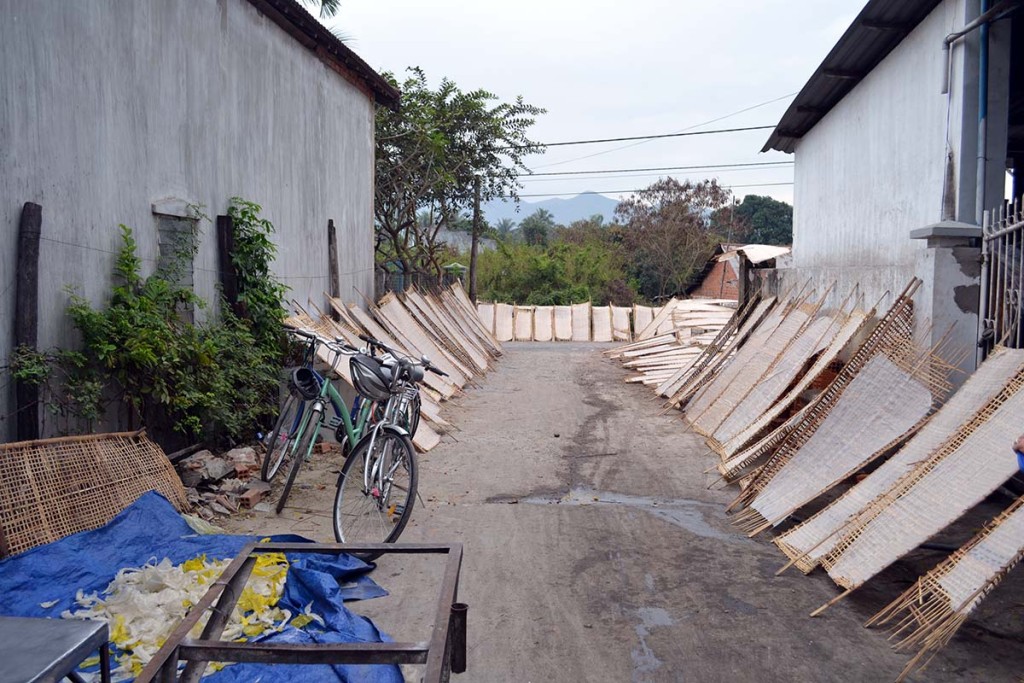 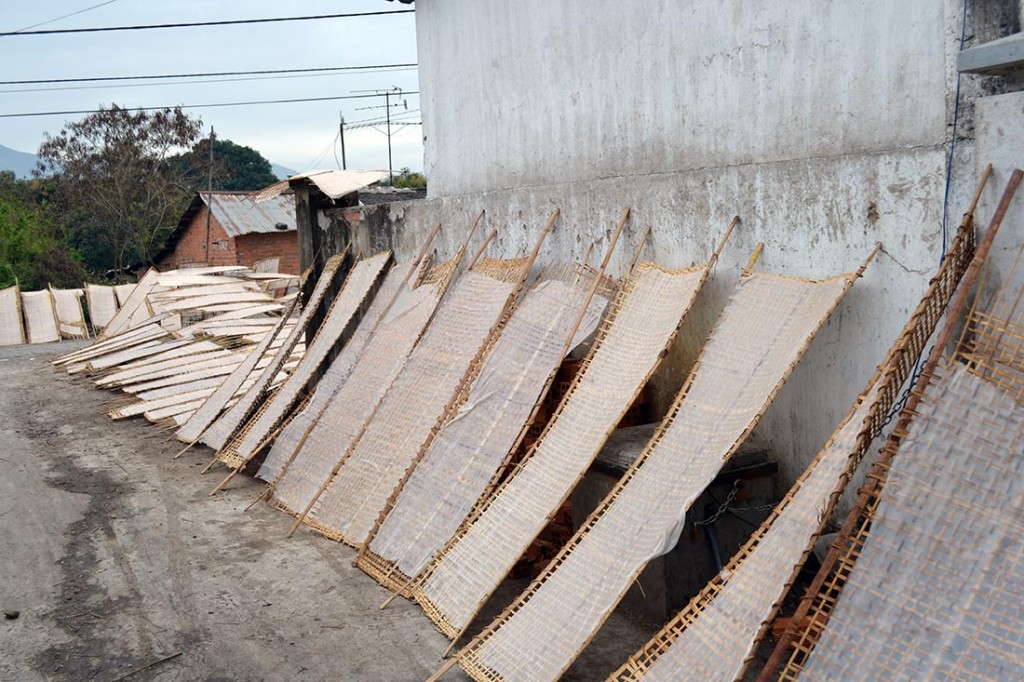 Step 5: a machine is then used to cut the dried rice paper into noodles.

We were told that the factory produces all the Pho noodles for the City of Nha Trang, which is a lot of noodles. I have to say, visiting the factory makes me appreciate my Pho noodles that much more. 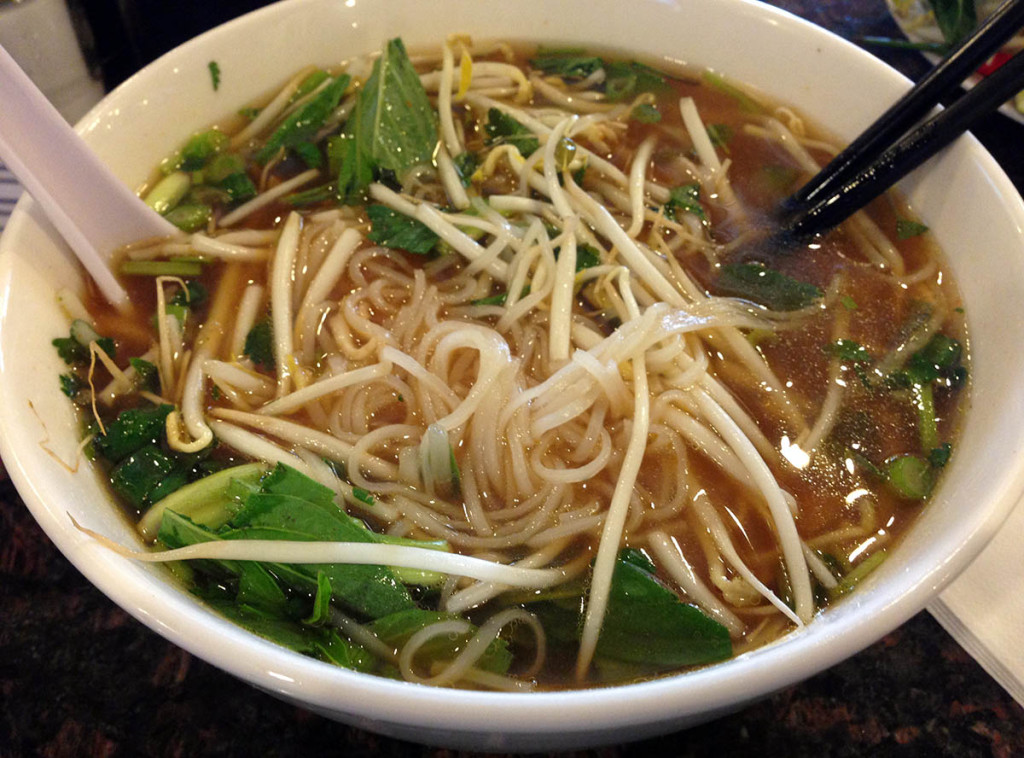