Free Things To Do In San Diego – Seriously! 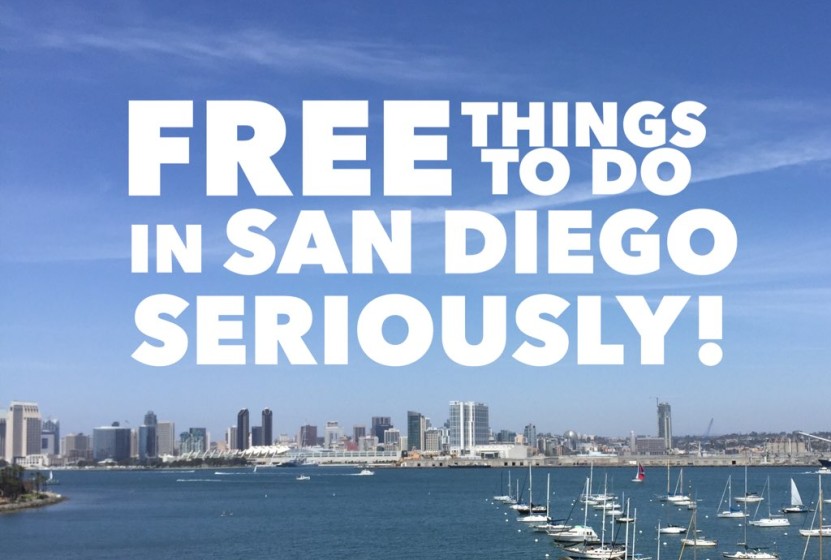 What’s better than traveling? Well, nothing really but getting free stuff is certainly up there. San Diego is one of those destinations where the neighborhoods and business communities come together and offer year round free goodies to residents and visitors alike. Timed correctly, you could spend weeks in the waterfront city without spending one hard-earned dime. Great for families and great for budget travelers, San Diego is an ideal destination to visit without breaking the bank.

However, the list I put together of free things to do in San Diego is not going to be the typical recommendations like “fly a kite at a park,” or “go have a picnic,” these activities will be events and festivities unique to the San Diego experience.

So get out your Iphone, Galaxy, date planner (do people still use these?) or whatever it is you use and jot down the dates so you don’t miss a single one.

Also, if you’re looking for more reasons to visit San Diego, check out my other popular posts:

The World In a Day – San Diego Neighborhoods

ok, this one is a no brainer, and has to be on the list just because we’re talking about San Diego. With more beaches than neighborhoods (maybe not, but still a lot of beaches!), it’s impossible to have a conversation with a San Diegan and not have them mention one of the 63 beaches in and around San Diego. You can swim, soak in the sun, snorkel, surf and basically do as San Diego natives do! Some of the more popular beaches: Ocean Beach, Mission Beach, Mission Bay Beach, Pacific Beach, Windansea Beach, La Jolla Cove, and Blacks Beach.

One of the attractions I can’t get enough of is seeing the Seals and Sea Lions at Seal Rock (try saying that 10 times quickly) near the La Jolla Children’s Pool. True to the San Diegan culture, these playful critters can give any SoCal native a run for their money in how to be ultra chill. Although there’s an ongoing debate whether the beach should be protected and considered a marine sanctuary, at the moment the beach is shared by humans and wildlife alike. Personally I recommend letting them have their sanctuary, as there are more than enough beaches to go around. Sit back, and enjoy wildlife at play.

Sand Castles at the Beach

Every year for 2 days Imperial Beach is host to the Sun and Sea Festival, a world-class sandcastle competition, where sculptors around the world come to create awe-inspiring sand art. If that’s not enough to get you amped, they also have a pancake breakfast available by donation. Go to their website for their 2015 schedule

Chicano Park in Barrio Logan is a living history of the struggles and influence of Chicano culture in San Diego. The 32,000 square meter park is alive with colorful murals depicting the heritage of Mexican-Americans. There is a solemn beauty to the park, as you will literally be walking through time. It’s well worth the visit. There’s also free art classes for kids as well.

Do you like music? What about free live music? Between May and September, 18 free concerts will be held in Spreckles Park with the Coronado Promenade Concerts Inc. footing the entire bill. Yes, I said I wouldn’t mention picnics, but hey you got to eat, and this is as good of a time as any to get that out of the way! Go here for their full lineup and schedule: Coronado Summer Concert Schedule 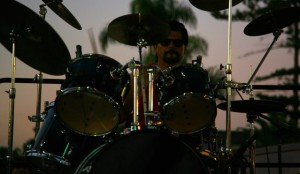 If concerts and festivals are totally your thing, and the Coronado offerings just isn’t enough, San Diego is the perfect city to get your fix. Throughout the city, different venues come alive during the summer months with freebies. Click to get the full line up of 2015 free concerts in San Diego. Lets hope sleep isn’t your thing also. 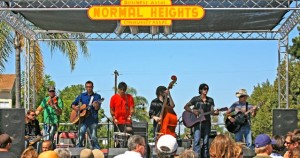 A 2 day music festival that has been bringing the fun for 33 years, the street fair boasts over 110 music acts over 8 stages. You can do this completely free, but it might be challenging not to splurge on a corn dog or two. The street fair is always held on the last weekend of September in the Normal Heights community of San Diego. For specific dates, click to go to their website: Adams Avenue Street Fair

We all need a break from the Teslas and Hybrids that dominate our streets, and the Cruisin’ Grand is a refreshing reminder of a much simpler time where combustion engines had a mileage of 3 miles per gallon.   Every Friday night, starting in April, 7 blocks of Escondido is dedicated to vintage street rod lovers and aficionados in an all out street fair of Hot Rods, Hot Rods and more Hot Rods. More info at the groups website: Crusin’ Grand.

Dive-in movies at The Pearl

You read it right. It’s not Drive-in, it’s a Dive-in. Over at the Pearl Hotel in Point Loma, weekly screenings of recent and classic films are shown on a big screen around the hotel’s pool area.   It’s completely free, but does require reservations to be made in advance given the small venue. Food and drinks are available at a cost but save yourself the dollars and get an In-n out burger after the show instead for the full 1950s movie and dining experience. Reservations can be made on their website along with the schedule of movies that will be playing.

Ever wanted to learn how to fly fish like a boss? Every Sunday starting a 9am, The San Diego Fly Fishers Club offers a free clinic teaching you basic skills to wrangle that trout. Make sure to get there early. More details along with a calendar of events can be found on their website.

I mentioned the Grunion Run in my previous post – I bet you don’t really know San Diego, and now I’m going to talk about it again, because it’s just that cool. Between the months of March and August, sardine sized fish called grunions assault California coastal line in a suicidal dash to who knows where, resulting in a frenzy of thousands upon thousands of stranded grunions looking to be fished. It has recently begun to become more controlled, and a fishing license is now required to pick them up, but it’s still worth going to see the epic madness.

What’s better than watching a concert? It’s being in the concert! Rock out with a live band as you churn out lyrics to The Doors and Fleetwood Mac. Rock Out Karaoke, the group that offers the events throughout San Diego Venues, brings a fun evening of karaoke on steroids. You can find their listings of public and private shows here: Rock Out Karaoke Schedule 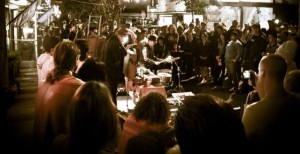 On the second Saturday of every month, the North Park neighborhood of San Diego is host to some seriously talented local and national artists.  This September will be the artwalk’s 14th year displaying artwork in 15 different galleries and businesses throughout the neighborhood. It’s completely free and a great way to spend the evening.

Seeing captive animals turning tricks doesn’t really excite me, and in my opinion wholly unnecessary. But every night of the summer, SeaWorld does blast out a pretty impressive fireworks show. The fireworks can be seen from most points throughout the city, so you needn’t pay any entrance fees to enjoy it. Post up at Mission Bay Park and get a front seat to view the show. 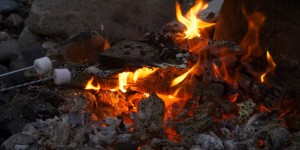 BBQ and Bonfire in San Diego

The only thing that might cost you money here is the marshmallows and Hershey bars.  One thing all visitors must do at least once is experience a night cooking up some s’mores or hotdogs around a bonfire. You can do this at a number of beaches like Mission Beach, Sunset Cliffs, and La Jolla Shores. Fire pits are first-come first-serve, so stake out your spot early. 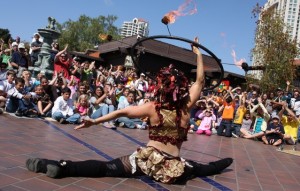 I normally wouldn’t recommend touristy spots like Seaport Village as you’ll undoubtedly get the over priced foods, crowds and souvenir shops. In this case, however, I have to make an exception just for the entertaining free performances that randomly take place throughout the village. It’s a great way to spend a leisurely afternoon or evening. I also got to admit that Seaport Village really is an attractive boardwalk area. Just don’t give in to the hunger and impulse buys. I promise the food sounds better than it tastes.

On the first Wednesday of each month the San Diego Astronomy Association opens up to the public free access to their ginormous telescope. It takes place after their normal paid shows, so expect it to begin, at the earliest, after 8pm or so. Find more information at their website. 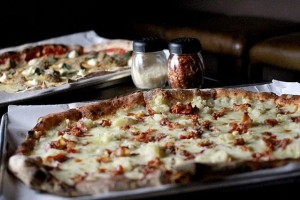 This is the only restaurant on the list because most proprietors don’t subscribe to the sharing is caring philosophy when it comes to food, but Basic’s Pizzas has pretty much bucked that trend. You can get free samples of pizza everyday between 4 to 7pm, excluding game days.

You definitely don’t need to spend a ton of money to travel, much less have an adventure. San Diego is one of those destinations where spending too much money can actually take away from your experience. Take advantage of the free things to do in San Diego, get off the beaten path, rub elbows and do as the locals do.