The World In a Day – San Diego Neighborhoods

When planning a trip to San Diego, the first thing that comes to mind are the miles and miles of coastline, the sundrenched beaches, palm trees, and a city with a Latin flare. You wouldn’t be wrong, but San Diego is far more than that. Even with how often I visit, I’ve barely scratched its surface. And I’m still searching for the quintessential San Diego experience as you can see in my other post – I bet you don’t really know San Diego!

For a big city, San Diego is unique amongst its larger cousins, like Los Angeles or San Francisco, whose skylines have been dominated by skyscrapers and where car horns make up for most of the ambient noise. Even its mass transit system, the Trolley, has a noticeably quaint quality about it unlike the subway systems of its east coast counterparts. There is a welcoming lack of hustle in the Southern California city. And that’s because San Diego is a neighborhood town.

San Diego neighborhoods form a colorful tapestry of ethnic diversity with each community playing a part in creating its mosaic. At first glance it’s obvious there is a strong Mexican influence. This is certainly in no small part to its close proximity to Tijuana. But apart from the obvious, there is a beating multiculturalism that most visitors don’t see. Officially recognized neighborhoods such as Hillcrest or Eastlake village are well trodden, but overlooked are the lesser-known ethnic communities. Communities that bring the true vibe of what makes the city amazing. It’s wholly possible to get Bun Bo Hue in the morning, a burrito in the afternoon, and top off the evening with a leisurely stroll through a piazza. You’ll think that you’ve traveled the globe in a single day.

Chinatown, Korea Town, Japanese Town: Although there is an official Chinatown, called the Asian Pacific Thematic Historic District (yep, it’s a mouthful), it’s not where you’ll find San Diego Asian culture. Most San Diegans will agree that the Kearny Mesa Convoy St. corridor and its surroundings is the unofficial heart of the Korean, Japanese and Chinese communities. From dim sum restaurants and Korean all-you-can-eats to karaoke bars, you can eat, eat and eat, and then sing the night away in a drunken stupor.

Little Italy: Located downtown, bordered by Ash St. to the south and Laurel St. to the north, this trendy little neighborhood is probably the most well known of the ethnic communities. A hotspot ripe with authentic Italian fare, shopping and mini piazzas, you could literally do Rome in a day. Pedestrian friendly and safe, little Italy is a great neighborhood to visit day or night. Coordinate your visit with the “Taste of Italy”, a yearly event where you can go restaurant to restaurant and sample their best dishes.

Little Manila: Believe it or not, according to the 2010 US consensus, Filipino Americans make up close to 18% of the population in San Diego. Most of the shops and Filipino restaurants are concentrated around 8th St. and Plaza Boulevard in National City, but there is also a large community throughout Mira Mesa Blvd as well. If you’re feeling particularly adventurous try the Balut – A developing duck embryo boiled alive and eaten in the shell.

Little India: Located across from the Miramar Marine Corps Air Station off Black Mountain Rd. Little India is a small but thriving community. It doesn’t have the same chaotic energy as Delhi, but it’s certainly a good introduction to Indian culture. Join in on a prayer service at the temple, or ransack the bazaar for hard to find spices. If you’re feeling hungry, go and gorge yourself on a Saag Paneer buffet. Yep…they have buffets. 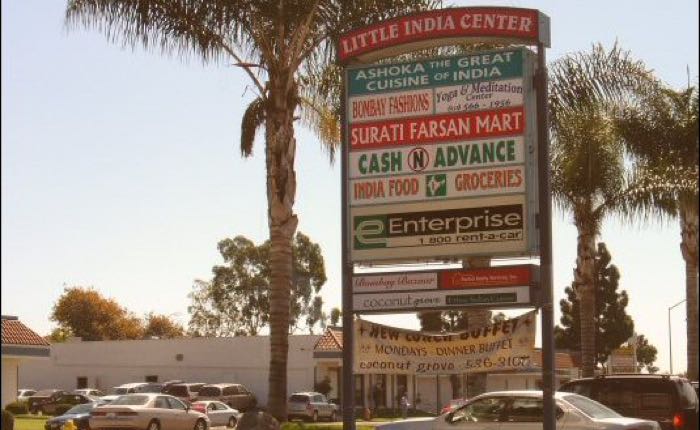 Little Southeast Asia: Between El Cajon Blvd and University Ave in the City Heights district is a necessary stop for all things South East Asian. More commonly known amongst locals as East Side, the community is a diverse ecosystem with Thai, Laos, Cambodian and Vietnamese culture overlapping and flourishing side by side. Although recently part of the community has been officially christened as Little Saigon, you’ll be hard pressed to find exactly where the borders begin and where it ends. Early in the 1990s there was a pretty high crime rate, but since then it has redeveloped into a more modern urban neighborhood. It is hands down the best place to get Pho and Cambodian Pad Thai. You read it right – Cambodian Pad Thai. 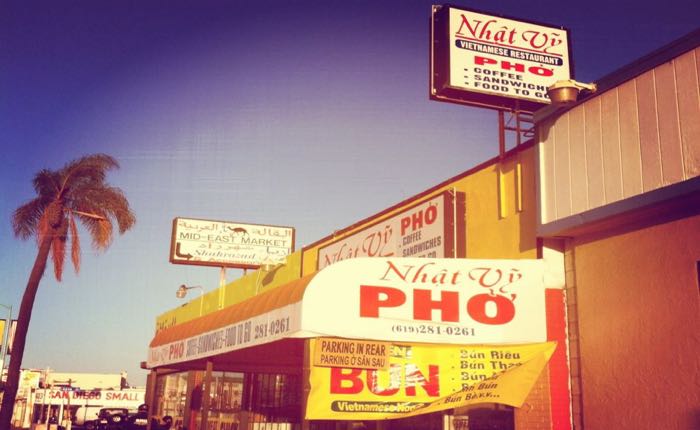 Little Mogadishu: Also located in the City Heights district between Winona Ave, and 54 St. is a growing neighborhood of Somalis, Sudanese, Ethiopians and Eritreans who have fled war-torn East Africa. To our benefit they have brought with them their rich culture which few of us will ever have the opportunity to experience. The Safari Market, an African bazaar, is the first and only of its kind in San Diego where you can buy home made African jewelry, rugs and ornately beaded scarves.   And if you get hungry, and I know you will, this is the best place to get fresh Ethiopian Injera or Sambussas.

When you visit, try to branch out from the touristy spots. Walk through the San Diego neighborhoods, try the food, engage with the locals and experience the real San Diego Adventure:

What are your favorite neighborhood experiences?