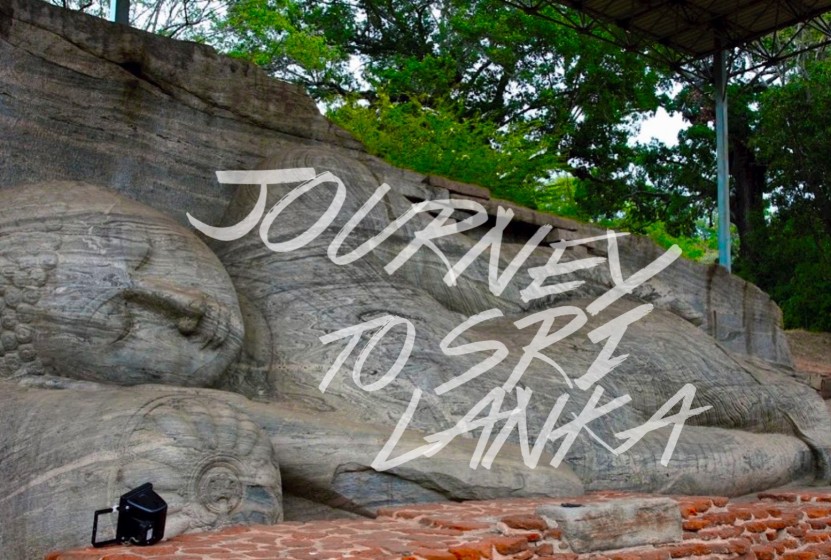 There are three things you need to know as a driver in Sri Lanka: 1. The horn is the most important asset in the vehicle and you will use it liberally, 2. Passing into oncoming traffic is encouraged and even better if you only have seconds to get back into your own lane, and 3. If you’re a bus, you can do whatever you want. On the other hand, there is only one thing you need to know as a passenger. Don’t look. After all, ignorance is sometimes bliss

Our journey through Sri Lanka found us traversing coastlines, hill country and the cultural triangle. Sri Lanka is a relatively small country, but can boast some pretty spectacular sights. Its diversity allows you to meander through old colonial towns, go whale watching, spot leopards in trees and explore ancient ruins, all in one week. The roads however have yet to catch up to the progress their tourism has made, so relatively short distances take a long time to travel. As we spent a significant time in our van, it made getting out to explore by foot that much more enjoyable.

Galle is one such place that lends itself to pedestrian traffic perfectly. Situated on the coast, the Old Dutch quarter known as ‘the Fort’ allows you to transcend the boundary from past to present, offering up a glimpse of an old colonial townscape. A pleasant walk through the cobblestone streets and along the ramparts edging the town was an ideal way to spend half a day. 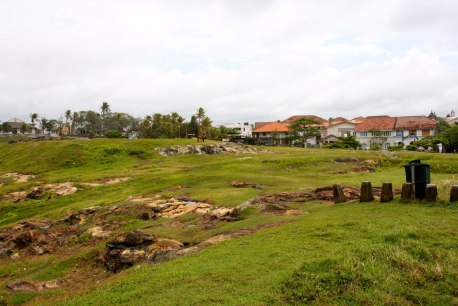 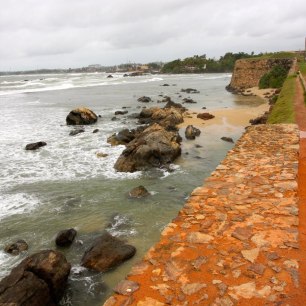 Further along the coast you will find yourself in Mirissa, the gateway into Sri Lanka’s whale-watching center. As a serious landlubber it takes quite a bit to convince me to get onto a boat. The allure of sperm and blue whales, in addition to spinner dolphins was just too good to resist though, so armed with sea-bands and anti-nauseous tablets, I was optimistic when I hopped on board. Five hours later, with no whales or dolphins in sight and a bag full of fish food (a.k.a. vomit) I was never so happy to step back on land. In the future I will have to leave my mammal spotting strictly to those with fur, hiding in a tree or behind a bush.

This goal was quickly achieved when we arrived at the Yala National Park. Home to various animals such as elephants, crocodiles, spotted deer, buffaloes, wild boar, jackals and mongooses; we saw them all. In addition there is the super elusive leopard: difficult to spot because of their solitary nature and largely nocturnal habits. Because this park claims a higher concentration of these felines more than anywhere else in the world, we were hoping to get lucky. And we did – 7 times lucky to be exact. Hidden deep in the brush or high in the trees, they didn’t make the task easy, but it was incredibly rewarding to spot their golden coats patterned with black rosettes. They are beautiful creatures. If you have been on other safaris you might be slightly disappointed to find that the ones in Yala are not quite as sophisticated as other operations. I was certainly happy with what we saw, but I felt in an effort to please the clients the drivers had a blatant lack of respect for the animals. When a leopard was spotted, every vehicle in the park made a mad dash to descend on its location and chaos ensued. Given that only 1/5th of the park is open to the public, if I were a leopard I might be tempted to explore the other 4/5ths for some peace and quiet. Hopefully with time, more regulations will be put in place that can satisfy both visitors to the park and its inhabitants. 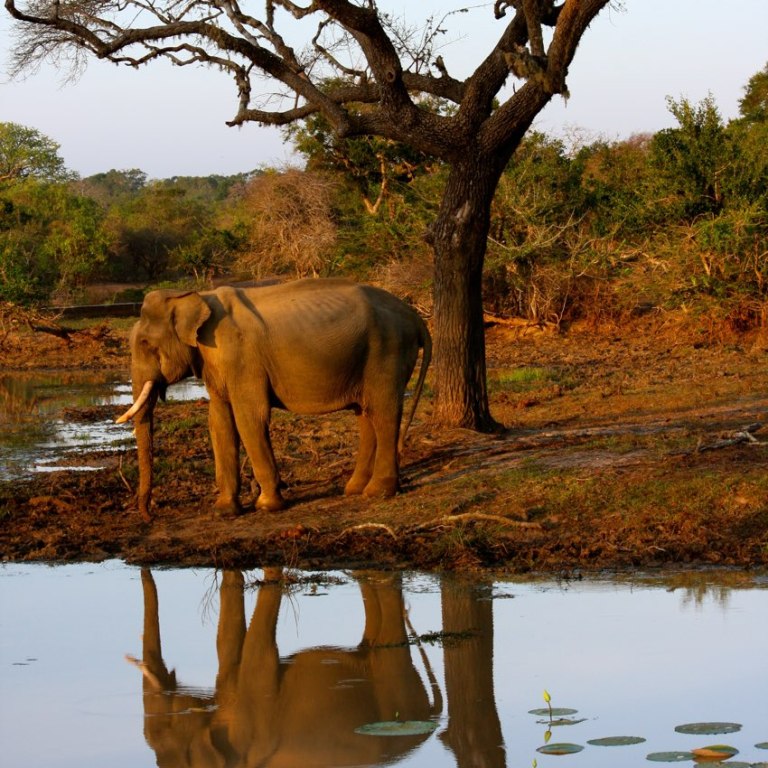 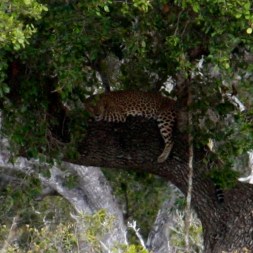 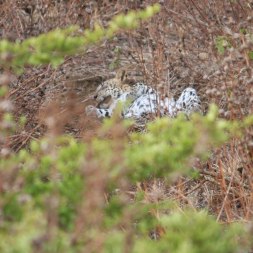 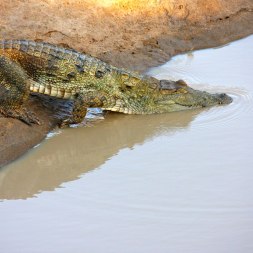 One of the great things about Sri Lanka is being able to experience a change in climate and landscape. Travelling from the humid coastal lowlands up to the mountainous green hills of ‘tea country’ was a welcome reprieve. We stayed in Nuwara Eliya at one of their old colonial hotels. Full of charm and character, but with beds and linens as old as the hotel itself, I was glad we were only there for one night. We did a short tour of the town including a pleasant walk through the golf course. It was relatively well manicured but the people washing their clothes in the water hazard on the 9th hole and burning garbage on the periphery detracted a little bit from the majestic scene that I’m sure it once was. In spite of this the surrounding area was full of beauty in its own right, with waterfalls cascading against a lush background and tea gardens carpeting the hills in perfectly manicured rows. En-route to the Cultural Triangle we stopped in Kandy to see The Temple of the Tooth. The temple houses the legendary Buddha’s Tooth, however like most legends it is surrounded by mystery and intrigue… Buddha’s Tooth or a Buffalo’s? Hidden under lock and key, we weren’t able to register a vote… 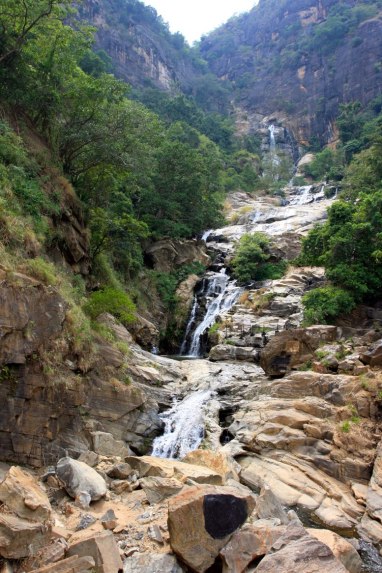 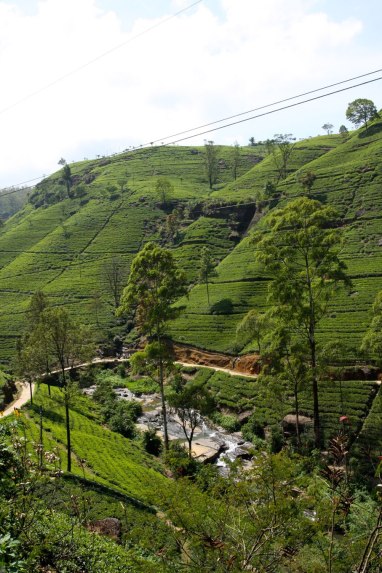 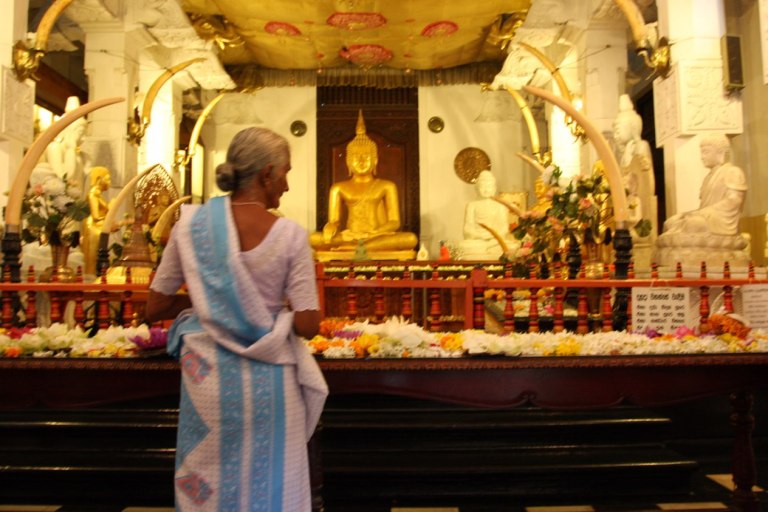 There is a lot to see in the Cultural Triangle and I have to admit our ambitions were cut a bit short when I got heat stroke, but I still feel like we saw the highlights, including Sigiriya, Polonnaruwa and the rock temples of Dambulla. Sigiriya (“Lion Rock”) was home to the royal capital and palace. A spectacular outcrop, it is 1200 steps to the summit and in blistering heat (which contributed to my downfall) you can feel every one of them. To distract you along the way there are some incredible paintings of celestial nymphs and remaining paws of the lion statue. Polonnaruwa is an ancient city that is spread over an exhaustive woodland area and cradles the ruins and monuments within a protective womb. One of the most impressive sites here was the Gal Vihara (“Stone Shrine”). A most admirable carving, four Buddhas are chiseled from the same massive granite rock. In case we hadn’t seen enough Buddhas, the temples of Dambulla represented hundreds of the revered statues and were decorated with miles of artistic murals. 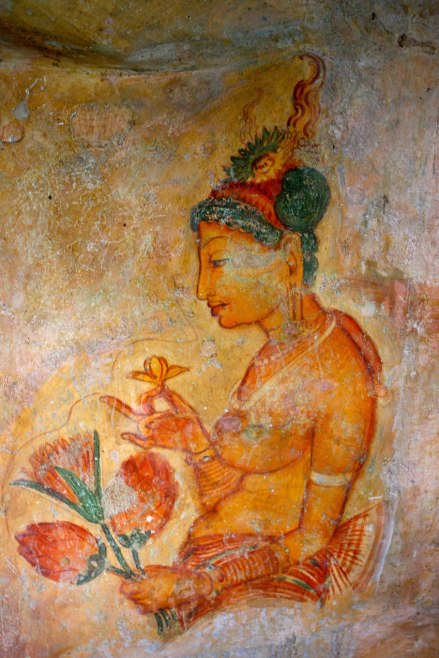 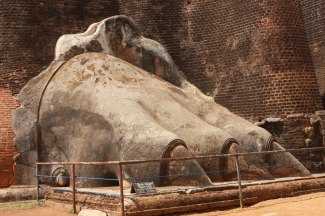 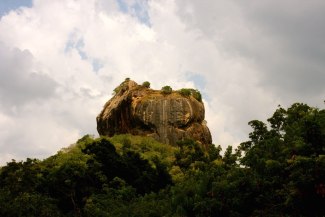 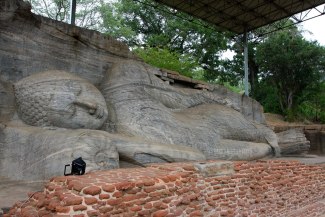 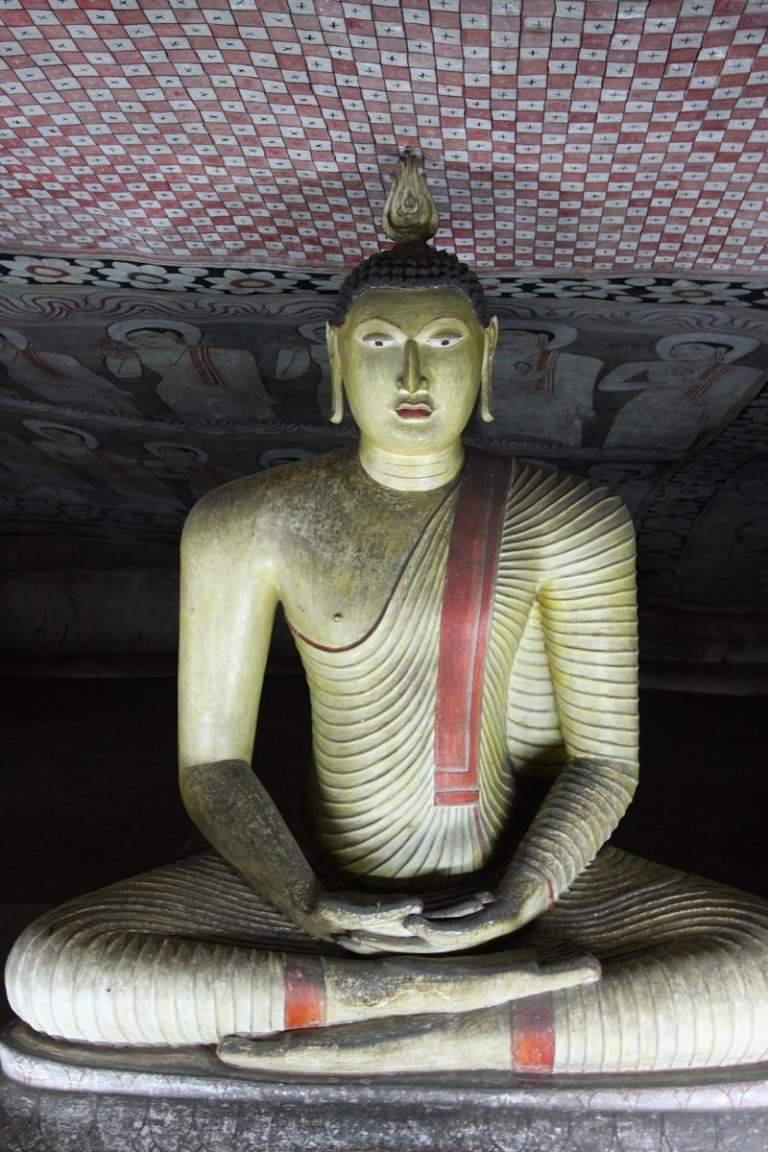 We spent our last evening in Colombo and were fortunate to witness the locals celebrating Poya, a full moon day. Occurring every month, it is a holiday for most and the sale of alcohol is prohibited. Next door to our hotel hordes of locals were gathered with their families to celebrate with picnics, kite flying and swims in the sea. The energy was palpable; a trait that is a common thread throughout the various aspects Sri Lanka has to offer, including the driving. So if you visit her fair land, just sit back, take in the scenery and enjoy the ride. And when you arrive safely at your destination you can thank Buddha for your bit of luck. 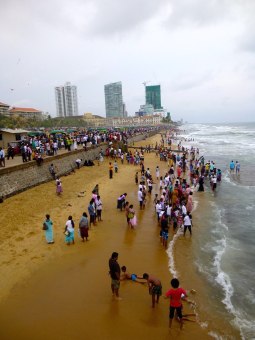 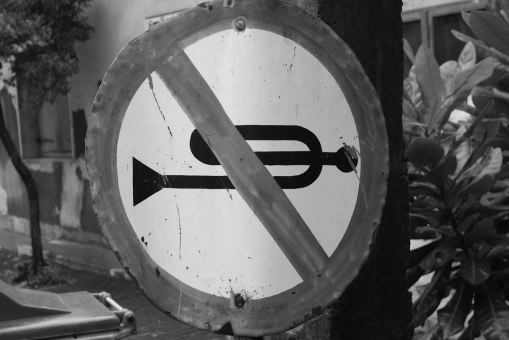 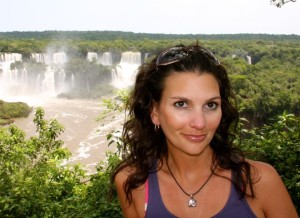 Hi, I’m Lori. A giant map on the wall of my childhood bedroom ignited the desire for travel at an early age. Having spent the past 13 years living overseas, the places I often dreamed about visiting became a reality. Now that I am settled back home I have no intention of slowing down. Wildlife is a huge draw for me so any trip that involves spotting animals is going to be a winner. I also love historical sites for providing a connection to the past. And I’m not opposed to hanging out on a beach. Basically if you spin the globe and point a finger, I will be game!

One Response to Sri Lanka: Buckle up and Enjoy the Ride