Pay As You Weigh Airfare? Don’t Let it Happen 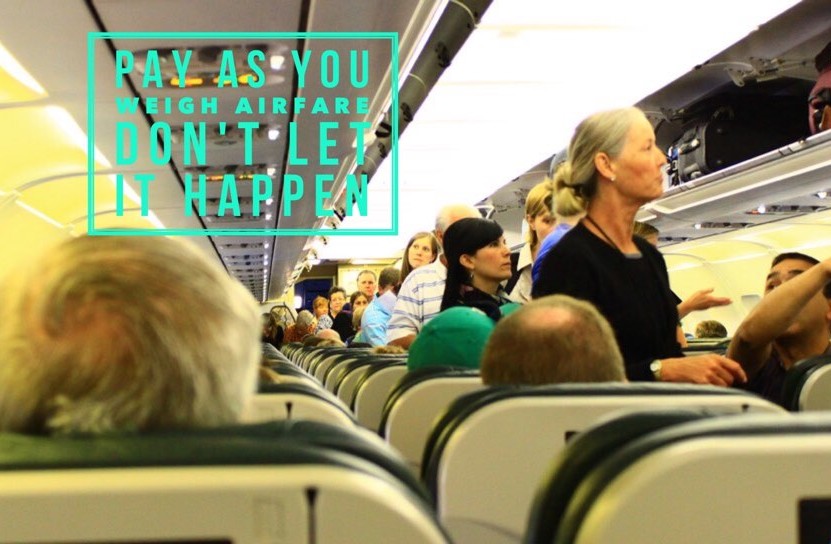 Not long ago I shared a post on how to avoid airline baggage fees, and made a tongue-and-cheek comment on how it’s only a matter of time until airlines begin pricing airfare based on weight.

Well, fast-forward into the not to distant future, and pay as you weigh airfare apparently has arrived.

In a recent article on CNN it was stated that Uzbekistan Airways would begin weighing passengers along with their baggage prior to boarding.

I almost choked on my coffee.

However, I see this as a sea-change to further unpopular airline practices; it’s a gradual inoculation. Remember free baggage? I don’t blame you if you don’t. But there once was a time we considered baggage fees as being outrageous. Now? Just the cost of flying.

Here are my reasons why a pay as you weigh airfare pricing structure won’t, can’t, and should not be enforced:

Yesterday it was Samoa Air, today it’s Uzbekistan Airways, tomorrow: everyone else. As more companies adopt a pay as you weigh airfare structure, we will inevitably be forced to accept a new state of normalcy. Baggage fees are one thing, but when it comes to a pre-board weigh in, we need to draw the line.

If it’s sincerely about maintaining flight safety, I can get on board for that.   But if it’s not, we better rethink that extra helping of mash over the holidays.