Going To Honolulu? Things To Do In Waikiki

For part 3 of my Hawaii trip,  Mike and I took a day trip to the ever so popular Waikiki Beach!  Although we stayed in Kailua during our Hawaiian vacation, there was no way we were missing out on all the fun things to do in Waikiki.

Driving from Kailua Beach to Waikiki, we decided to take a detour and hike up the Diamond Head. Not knowing what to expect, we sunscreened up and brought plenty of water to keep us hydrated. The hike only took us about 30 minutes, but then again we did have proper hiking shoes, as opposed to flip-flops or even high heels (don’t ask, I have no idea what some people are thinking when they decide to hike up a volcano – albeit one that is no longer active but still!) and we didn’t have any kids with us or strollers (even though the signs clearly said no strollers, some people were adamant that they could push the strollers up the trail). There are a lot of people going up and down the hiking trail and both lanes of “traffic” are busy, so unless there is enough room to pass the person in front of you, hiking etiquette says you can really only go as fast as the person in front of you. Regardless of how long it takes, the view from the top is breathtaking and worth the sweat! 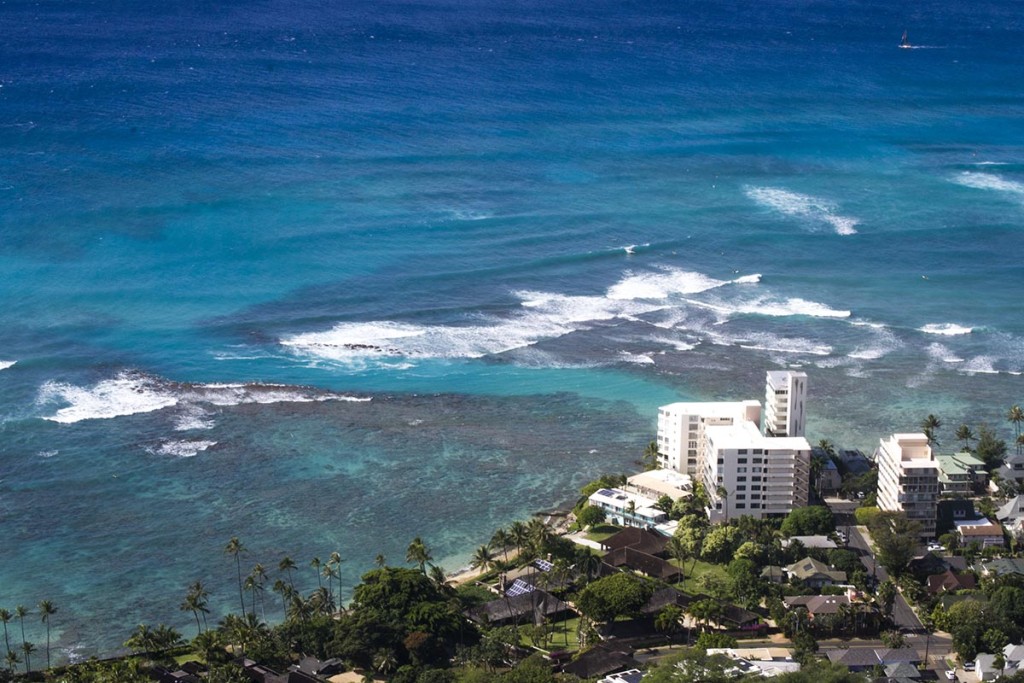 View of the water from Diamond Head.

A different perspective at the top. 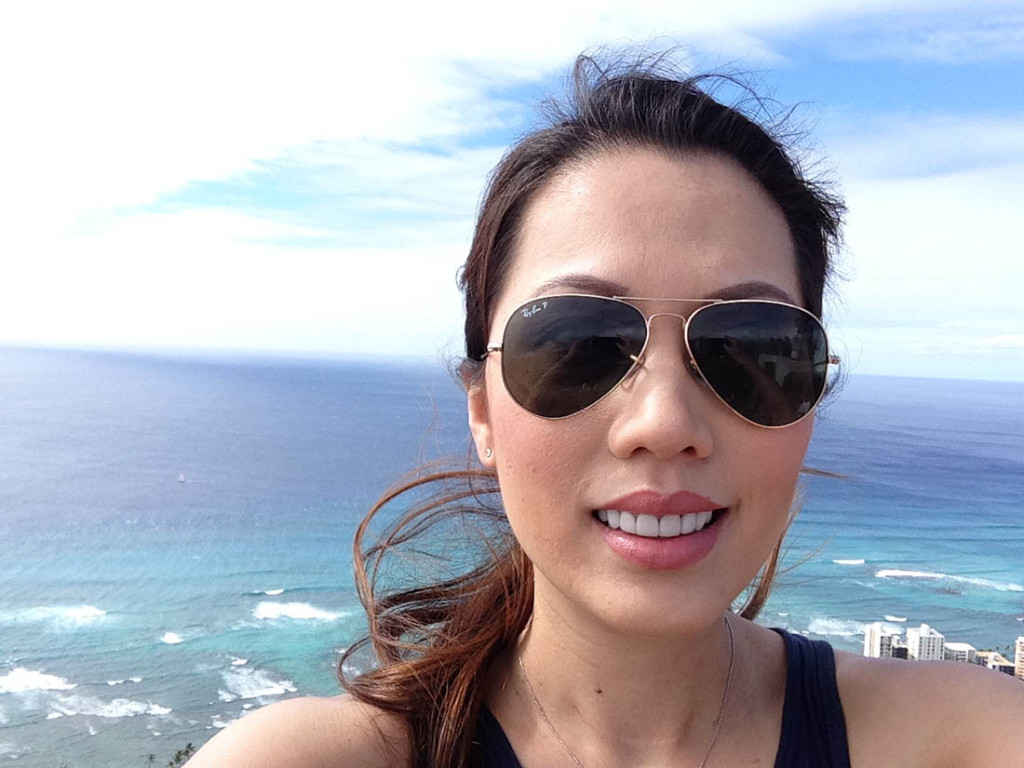 Selfie!!! Proof of my hike up Diamond Head.

Things To Do In Waikiki

Despite the arm and a leg that you pay for parking (more on that below), I can now appreciate why tourists gravitate towards Waikiki. This beachfront neighborhood offers everything from world class shopping to restaurants that are masters in gastronomy. Not to mention there is a lot of activity on the streets to keep you entertained and of course there is the beach! Whether you are in the water, soaking up some rays, or people watching on shore – there is something for everyone. 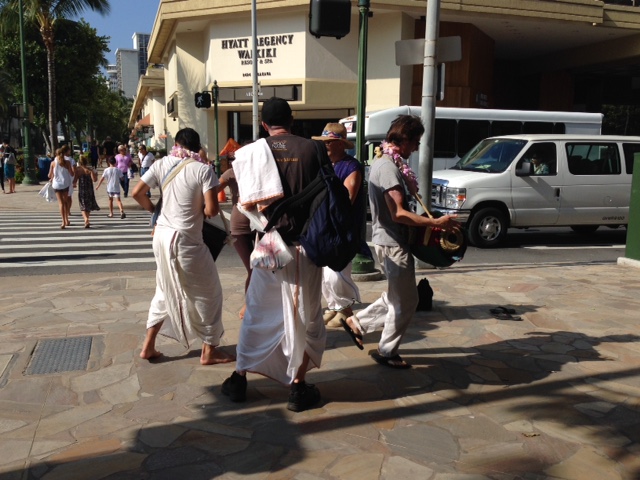 It was interesting to see people busting out into song and dance as we were walking down the street.

Even before going to Honolulu, I knew that the shopping would be spectacular. My sister told me to save up and top up my shopping fund because I would need it (yes, I make it a point to create a shopping fund when I travel so I can spend guilt free). I was giddy with excitement even before getting to Ala Moana Center, but as soon as I stepped inside the mall I was salivating. There are actually more than enough stores along Kalakaua Ave to satisfy most shoppers, but who’s kidding who? There was no way the shopaholic in me would go to Honolulu without venturing to Ala Moana. There were so many stores I didn’t know where to start. I couldn’t diddle-daddle because we had dinner plans with my good friend Neal, so I was a women on a mission and bee-lined it to my favourite stores. Whenever I go shopping, Mike and I usually head off on our own because the poor guy hates to shop and prefers to wait at a pub or coffee shop, whereas I like to throw myself into retail therapy and I don’t want him knowing the kind of workout I put my credit card through so . . . it really is just better for our marriage this way :). 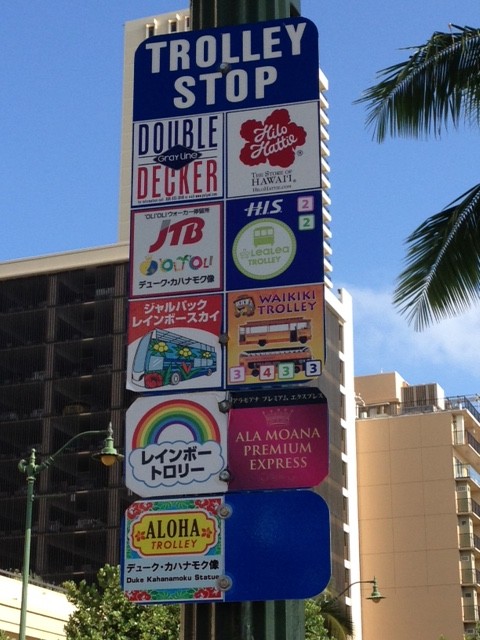 Trolley stop on Kalakaua Avenue that will take you to Ala Moana (take the pink trolley).

After some intense shopping (on my part) Mike and I met up with a Neal at the infamous Duke’s Restaurant and Bar in the Outrigger Reef Resort. I have to say, this was a five star experience for several reasons: 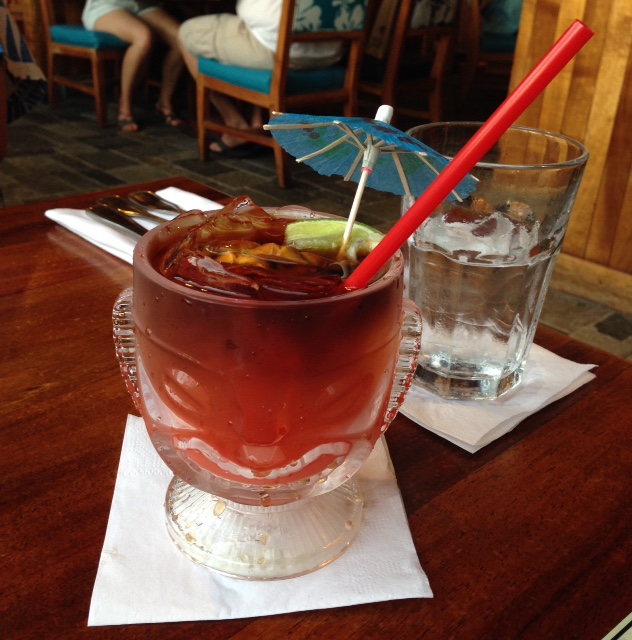 A Mai Tai with dinner – definitely hit the spot! 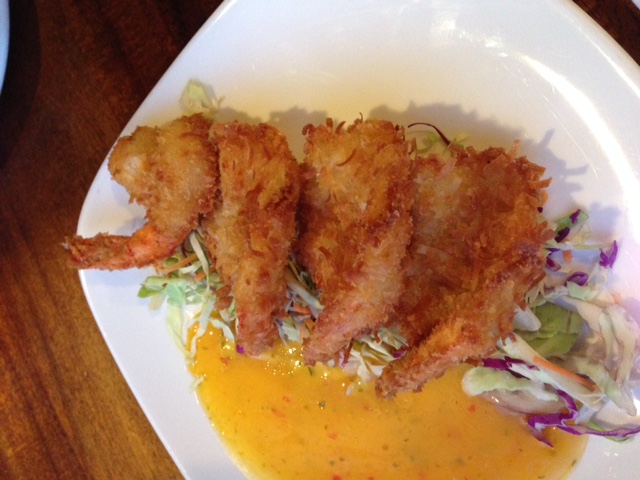 We started with the Crispy Coconut Crusted Black Tiger Shrimp. 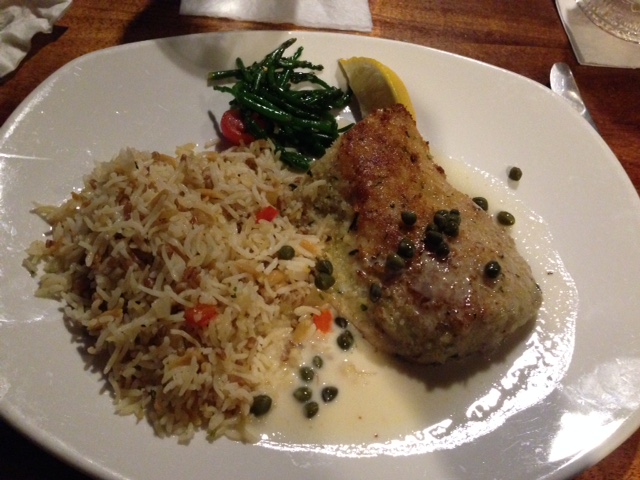 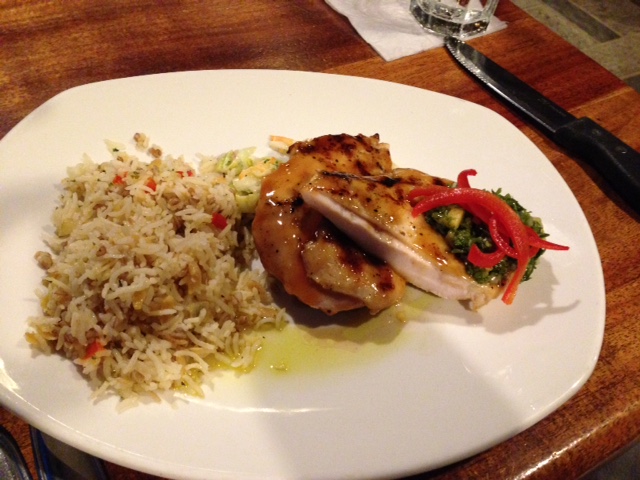 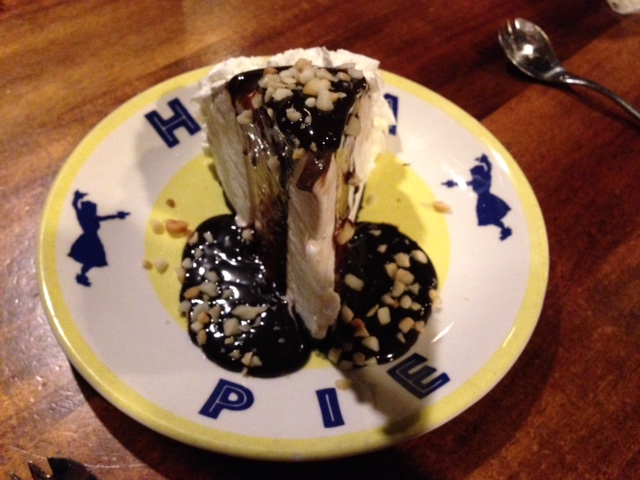 View of the sunset from our table at Duke’s. 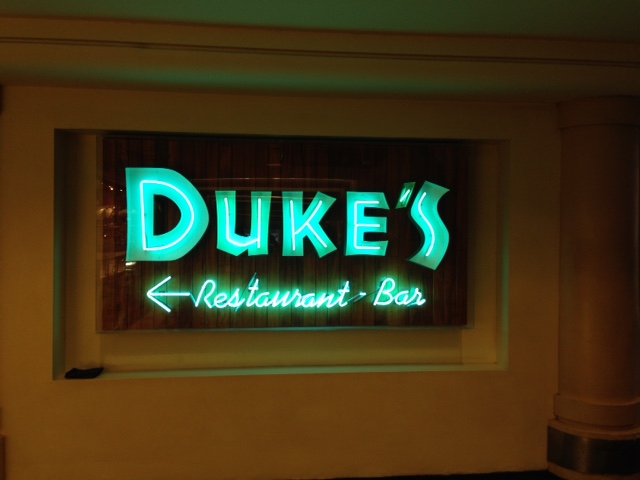 Duke’s Restaurant and Bar in the Outrigger Reef Resort.

One of the most common complaints about Waikiki is the cost of parking. Here are some things I discovered that could help you save on parking:

What is your list of things to do in Waikiki?

Want to read more about Hawaii? Check out these posts: