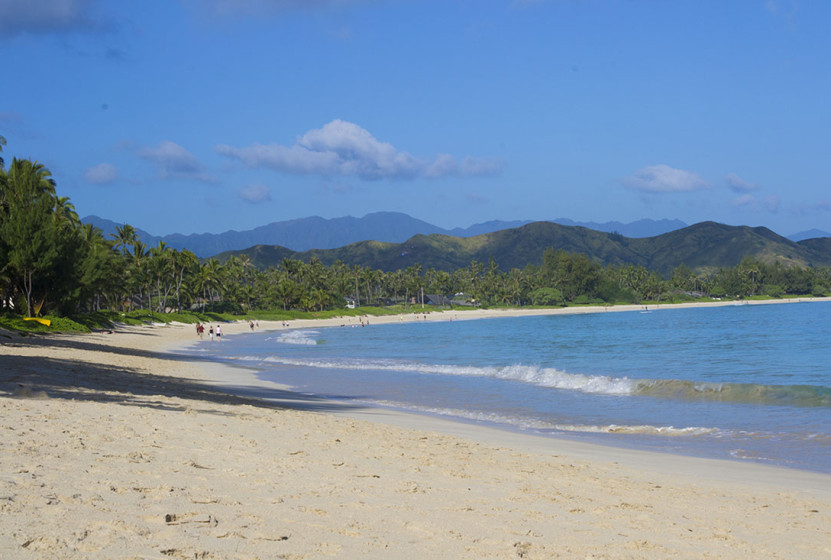 I often forget that Hawaii is part of the United States. Not only is it in the middle of the Pacific Ocean and 2,300 miles from California (its “neighbor” state), but the island culture is quite unique compared to mainland U.S. Truly a melting pot of cultures and ethnic backgrounds, Hawaii comprises many different beliefs and practices which results in the “aloha” spirit of helping and sharing.

A welcoming sign right after you step off the plane.

Maui and Honolulu seem to be the top two destinations that come to mind when most people think about traveling to Hawaii. Each has something different to offer. For my first trip to Hawaii I wanted the best of both worlds – the ability to stretch out and lay on more than just a square meter of white sand while at the same time enjoy the first class shopping that Honolulu has to offer – so I decided on Kailua. 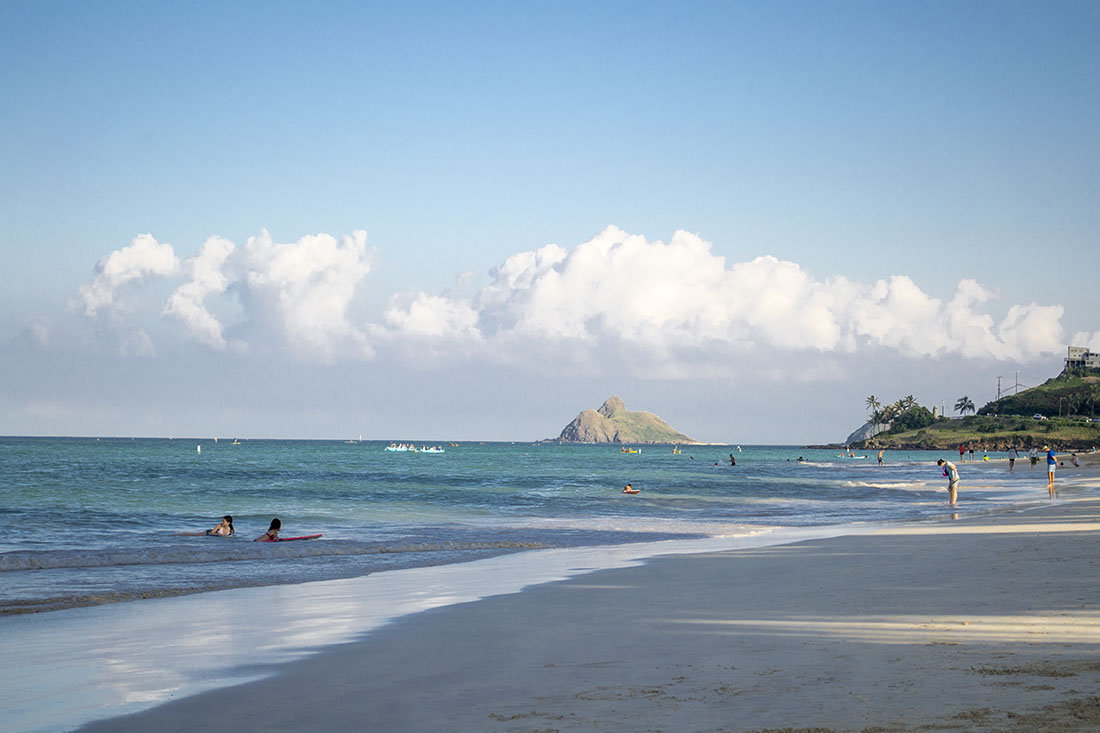 Kailua Beach – everyone just does their own thing.

Most people have never heard of Kailua or if they have, they know it as the place President Obama visits during his vacations. Yes, President Obama has spent the last four Christmases in this windward town of Oahu, but Kailua is more than that. Located on the Southeast side of Oahu, Kailua is a world-class destination with one of the most beautiful beaches I have ever been to. The beach stretches for miles on end and is not as occupied as Waikiki, making it easy to claim your own piece of paradise. With fine white sand and the soothing sound of gentle waves lapping at the shoreline, it’s ideal for soaking in the sun, meditating and taking a minute for yourself, or even paddle boarding. When the sun is not out and the wind picks up, residents and visitors are quick to jump on their boards to experience the highs of kiteboarding. 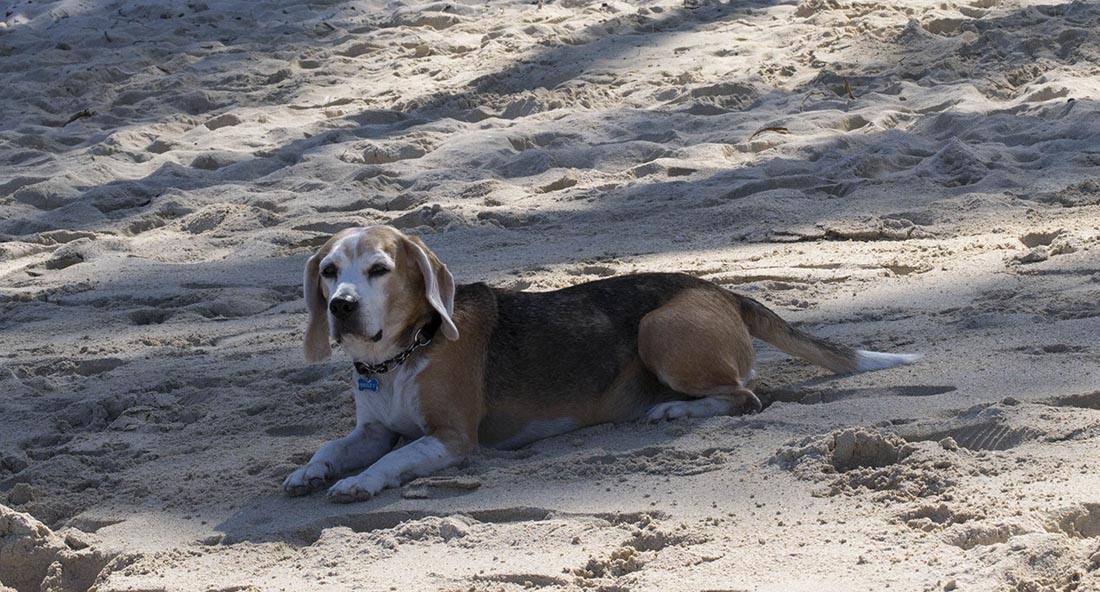 It doesn’t matter who or what you are – everyone seems to be able to find a spot to relax.

Meditating on the beach. 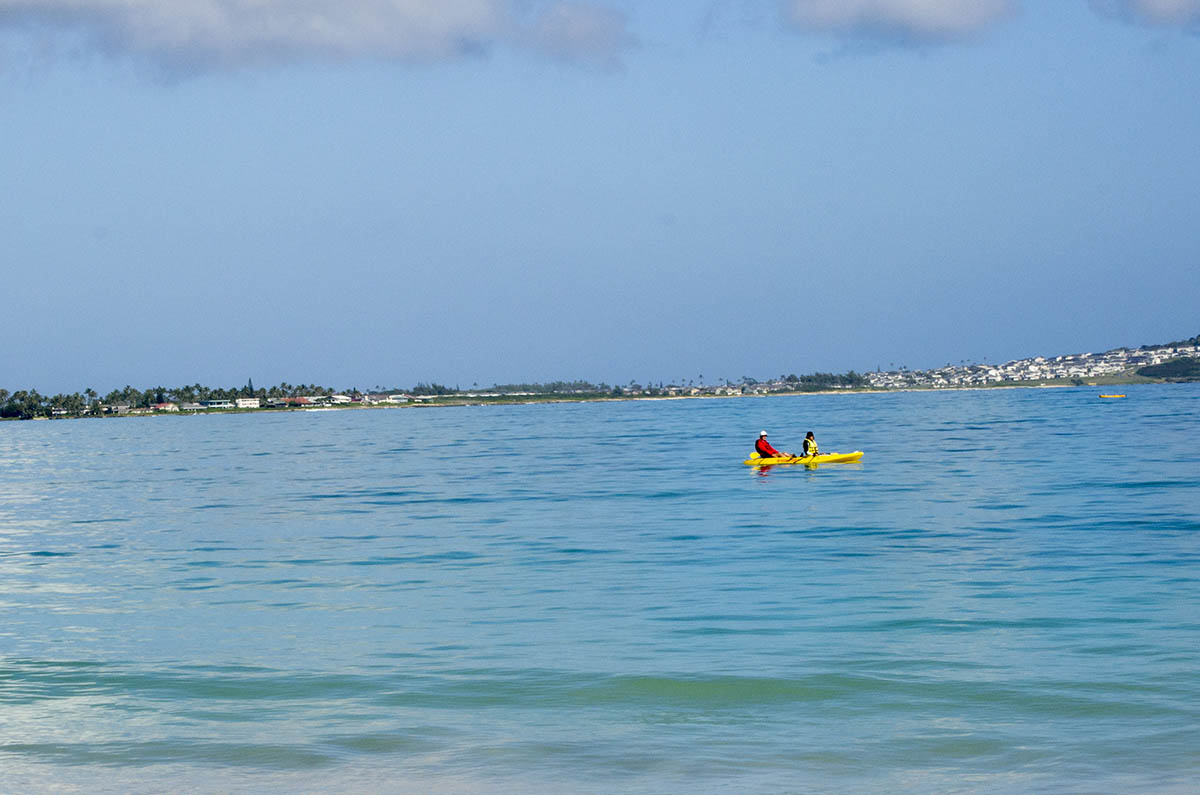 Some kayakers enjoying the calm water.

The perfect day for kiteboarding!

Kailua is beautifully understated with a laid-back vibe and small town charm. It offers everything you need for a great Hawaiian getaway, from kayak and boogie board rentals to Segways.

You can easily rent a kayak to take out on the water. 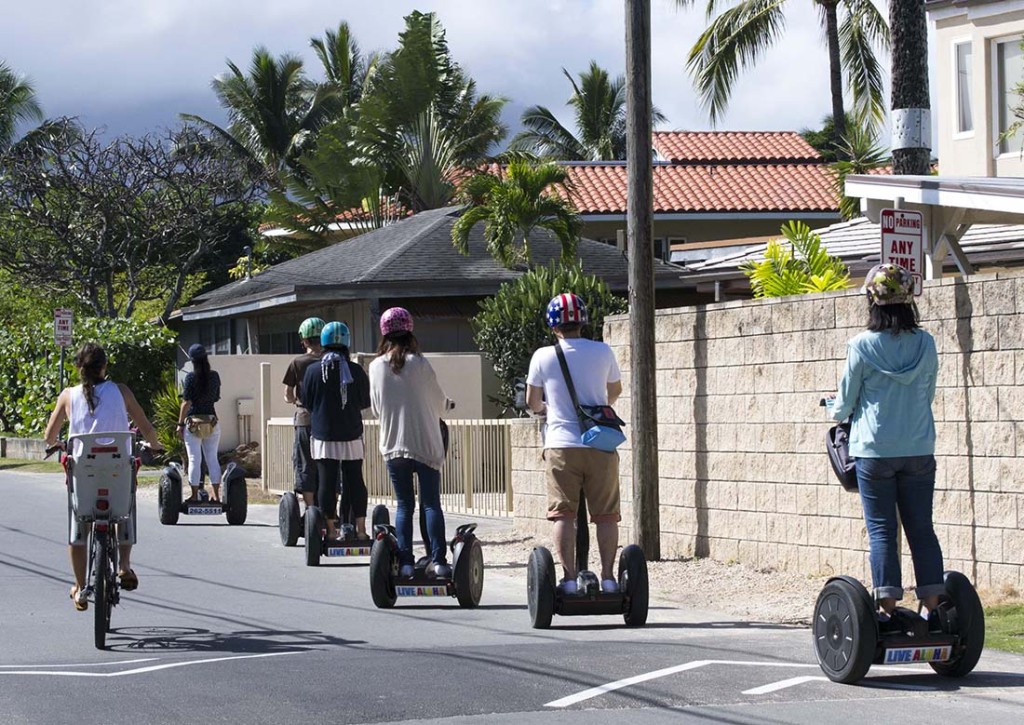 A different way to scope out the town!

One of the places that Mike and I frequented everyday during our stay in Kailua was the Kalapawai Market, a convenient neighborhood market that offers both locals and tourists their daily caffeine fix and a deli to grab something quick and yummy to eat (Mike tried everything on the breakfast menu, well maybe not the Yogurt Bowl, and I was a huge fan of the Oat Cake).

Kalapawai Market – your one stop shop! 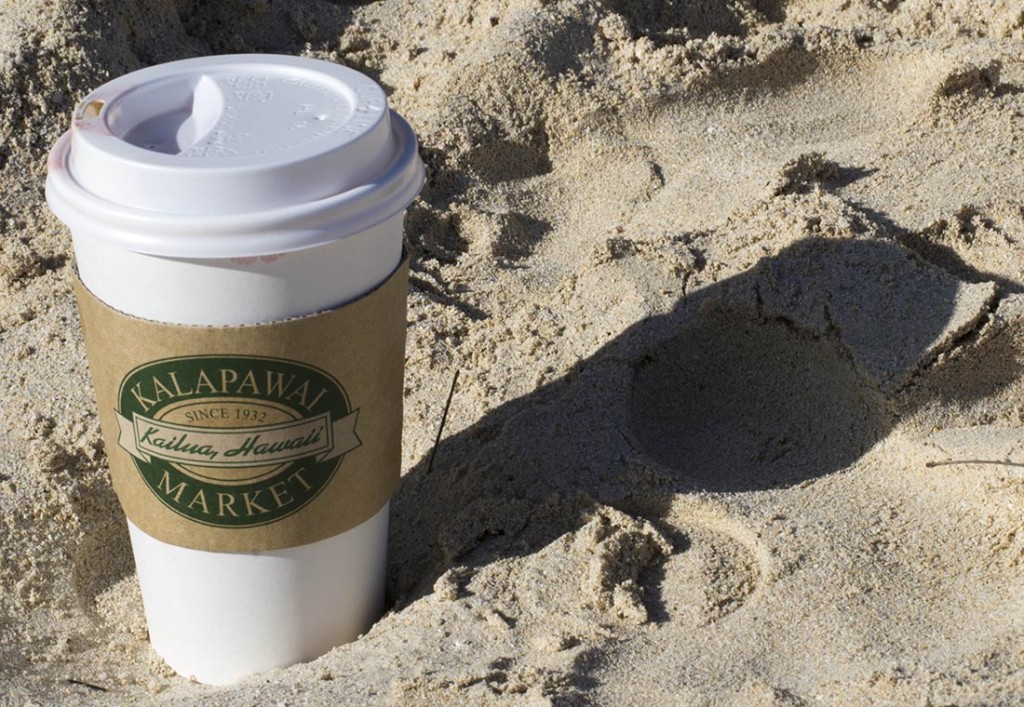 My daily caffeine fix – a “tall” (this is really equivalent to Starbuck’s Venti) caffe latte with almond milk. 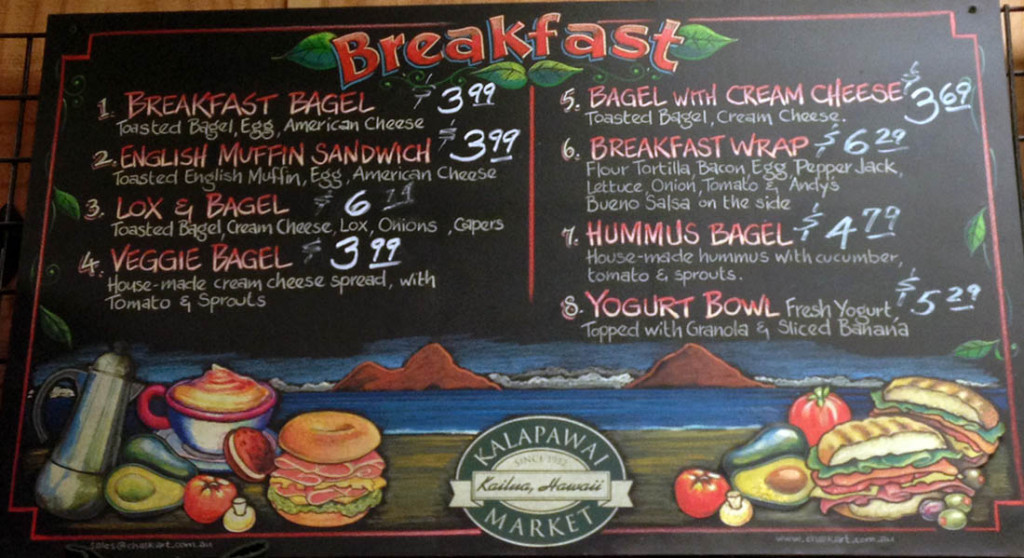 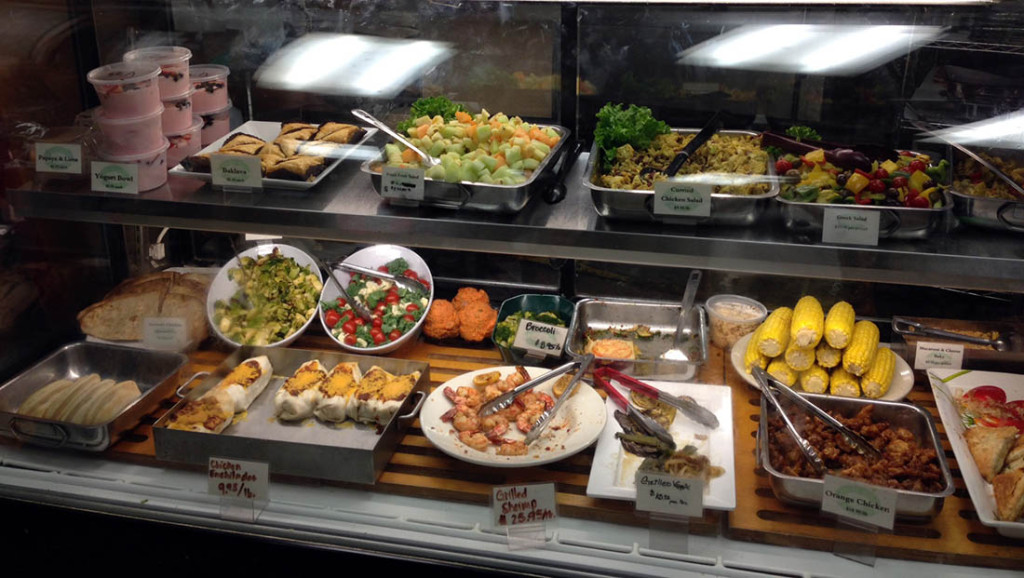 The already prepared food was really good and convenient for us!

Before arriving in Kailua we heard a lot about Island Snow (aka the place President Obama goes to for shaved ice). Island Snow was our first stop in Kailua, this was not intentional as we took a wrong turn and the next thing we knew we were looking at the Island Snow sign and thought why not? The sun was blazing down on us and still wearing our travel clothes, we really needed to cool off. The first step in experiencing shaved ice bliss is to decide on the size and ice cream flavour (vanilla or macadamia nut). Your first scoop of ice cream is free and if you want another scoop, there is an additional charge (the first scoop of ice cream was tiny and not enough to satiate an ice cream lover such as myself). After this, you need to decide if you want a snow cap (condensed milk) and then pick the flavor or flavors you want (up to three). I know, a lot of steps in the ordering process and I was concerned I was going to screw something up and hold up the line, but have no fear the staff are friendly and helpfully. Definitely a great way to start out our Hawaiian adventures!

There are a couple of things that I want to point out about Kailua that may be helpful to you: 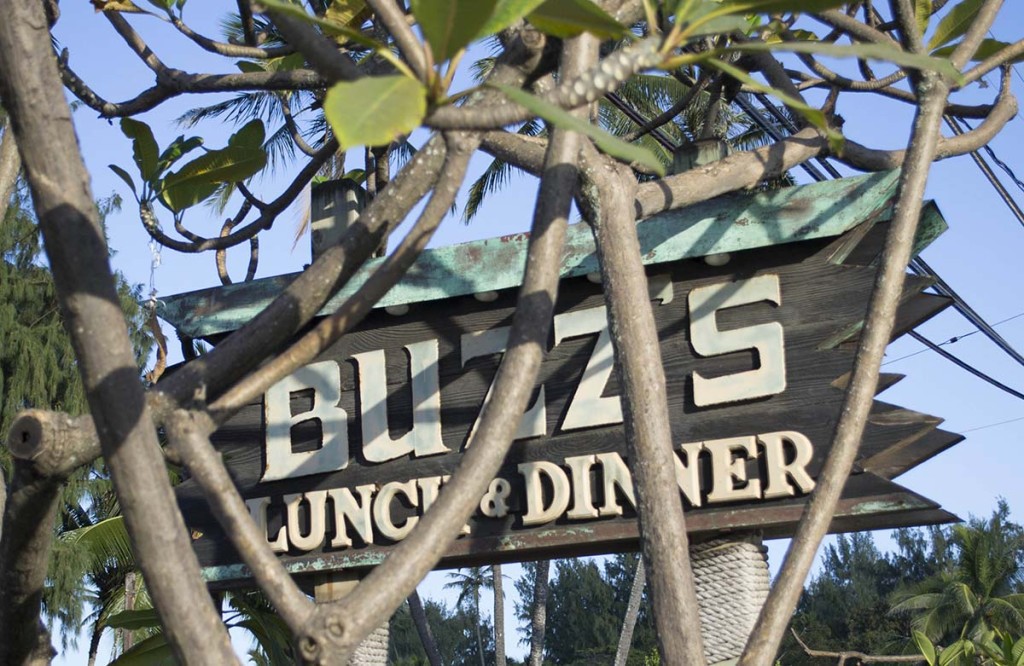 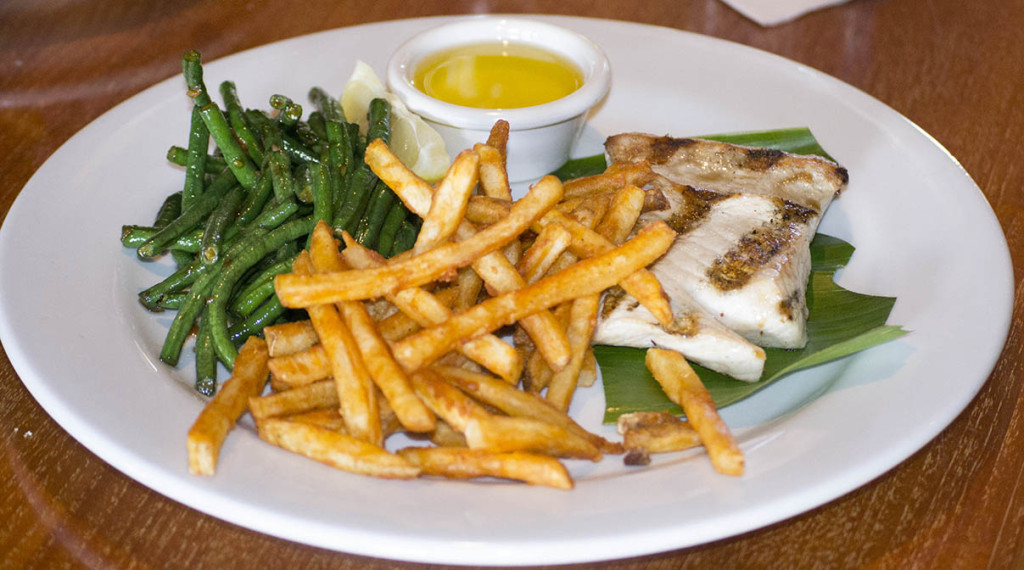 I had the Grilled Fresh Fish, which was Ono, and of course tempura fries. 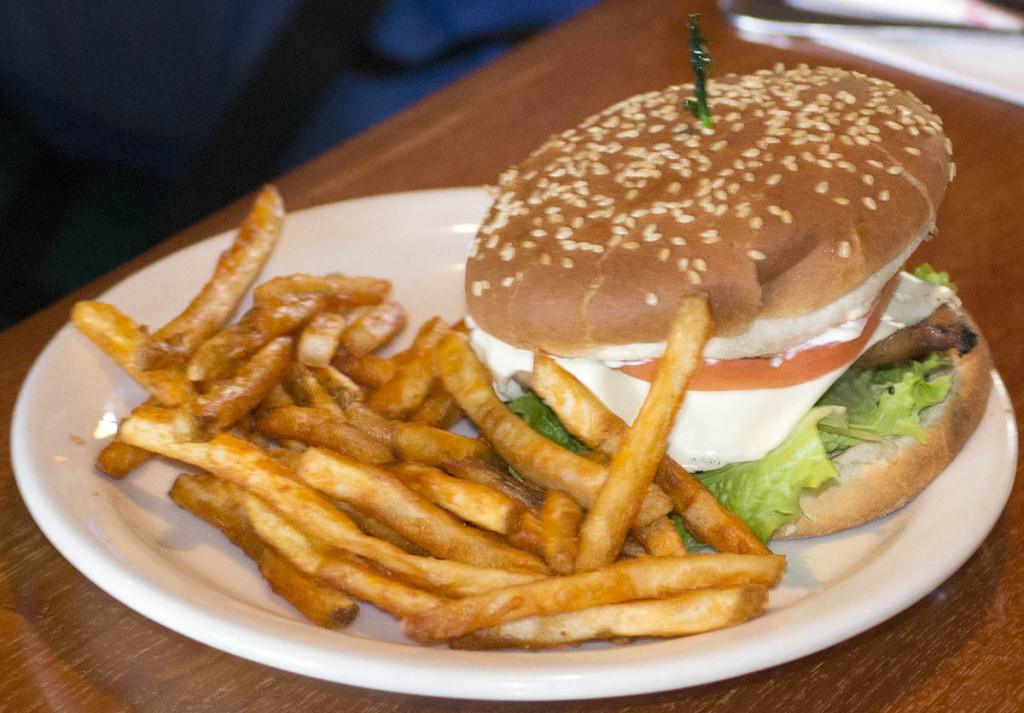 Mike had the Teriyaki Chicken Burger.

For me the atmosphere and location were the bigger sale. Conveniently located across from Kailua Beach, the outside patio is a great place to sit and people watch. The ambiance was quite relaxed as most people were just coming from the beach and in shorts and flip flops. If you want to have lunch make sure to go between 11 and 3 pm, otherwise it’s either appies and drinks (on the patio) or dinner inside. 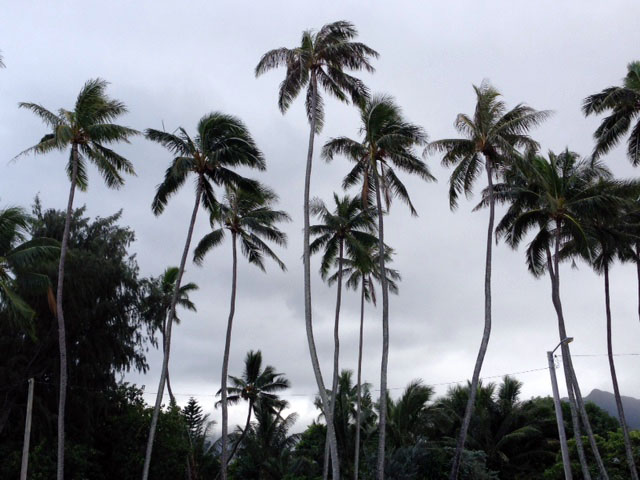 There is still a lot to do even when it is cloudy!

My plan for Hawaii was to spend most of my time on the beach soaking in the sun and getting lost in The Pearl That Broke Its Shell for my Book Club, but with so much to do and see that plan quickly went out the window.

Read more about my Hawaiian Adventures!

Going to Honolulu? Things To Do In Waikiki