Preventing motion sickness . . . with a vomit bag in hand 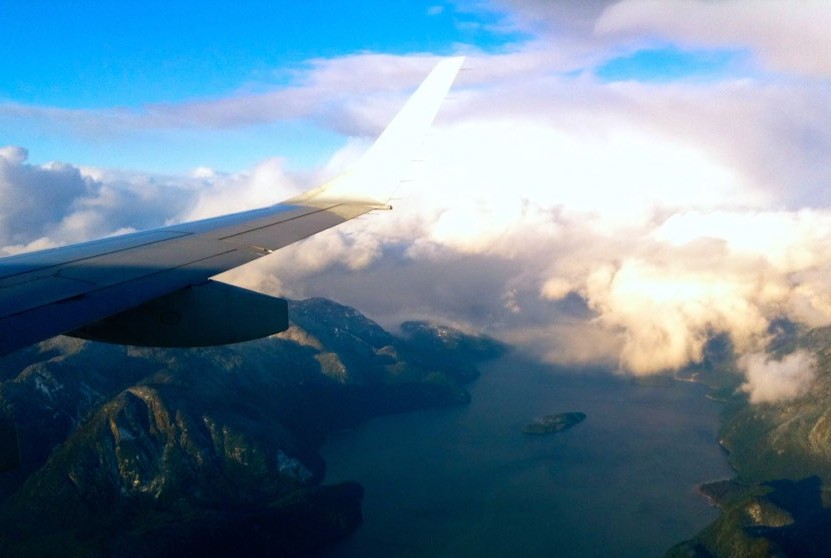 Before April 2008 I never had a problem with flying on an airplane. I’ve never loved flying, I mean really who does enjoy the lack of leg room, that smell that only airplanes have (similar to the unique hospital smell), bad airplane food, high pitch baby screams, the constant kicking from the person sitting behind you, and of course motion sickness. To me, flying is necessary to allow me to do what I love and enjoy the most – experiencing new cultures and adventures, eating authentic food, and meeting new people.

Unfortunately, what happened coming back from Puerto Vallarta was not an isolated incident and I’ve suffered from motion sickness ever since. Determined not to let that minor condition keep me from traveling, I’ve had to experiment with all sorts of things.

What happened back in April 2008 you ask? Well, I went to Puerto Vallarta, Mexico for a friend’s wedding and the day before we flew back home, we all went snorkeling. The ocean appeared to be angry that day and I should have listened to my inside voice as it asked, “Joanie is this really a good idea?” I squelched that thought even as I was watching the difficulty our skipper (a very nice man named Jorge) was having as he tried to get the boat near shore so we could all hop in. He got the boat as close as he could and one by one we went into the boat. Just as I was about to swing my feet over the edge (you need to know that I’m not a very tall person, 5 feet 1.5 inches when I’m standing up nice and straight) a wave caught and one of the steel poles on the boat hit me in the back of my upper left thigh/bum area with a lot of force. I guess it could have been worse (it could have happened to one of the guys as they were trying to get into the boat and that would not have been pretty), but I did suffer a major gash and it started bleeding. Needless to say we cut the snorkeling trip short as sitting on the boat while you slowly bleed is no one’s idea of fun, and I spent the rest of my day in bed since I was feeling relatively queasy and nauseous. Seeing as it was our last night in Mexico, we all had plans to meet up for dinner at one of the four luxury dining restaurants (they served this amazing lobster soup that, pain or not, I was having one more time before going back home). With the exception of a sore thigh, I felt fine and was happy to put the adventures of the day behind me.

Little did I know, the real adventure started the moment I stepped onto the plane to fly home. Approximately 15 minutes after take off, yes brace yourself please (I know I did), the burger and fries I had from Carl’s Jr. came back up. Not only was it disgusting, but completely unexpected. In all of my life, I had never thrown up on a plane before. Fortunately, the seat in front of me actually had one of the motion sickness bags (without any gum or garbage from the passenger before) and I was able to contain everything in the bag! I thought, thank goodness and handed the bag to Mike (my husband), who was sitting in the seat across the aisle from me, and he discarded it. Grossed out, but relieved and feeling much better, I sat back and closed my eyes to get some rest, hoping that the four and a half hours would go by quickly. Unfortunately, I threw up another two times and because I was so desperate to get off the plane, it was as though time stood still. That was one of the most excruciating flights of my life and Mike had to do the walk of shame another two times. You know it is love when you hand someone a sealed bag of vomit and he just gets up and discards it for you with no questions asked. I was also lucky because my other seatmate was not grossed out in the least and she was trying to calm me down by telling me it is ok. You see, not only did I feel sick and nauseous, but I was also worried about those around me, which just adds to the pressure and stress and that doesn’t help.

Unfortunately, what happened coming back from Puerto Vallarta was not an isolated incident and I’ve suffered from motion sickness ever since. Determined not to let that minor condition keep me from traveling, I’ve had to experiment with all sorts of things. These are the things that work for me when preventing motion sickness:

You can get the wristbands at any drug store for less than $25 and they are reusable. The bands are small and easily transportable, making it convenient to use when you need them.

Keep in mind that Gravol, and most other motion sickness medications, make you sleepy and drowsy so if you are traveling with children then you may have a hard time watching them or be careful of the timing and dosage if you have to drive when you get to your destination. Also, one of the side effects of Gravol is dryness in the mouth and throat which is another reason keeping yourself hydrated is so important!

A word of caution is that ginger can thin the blood, so make sure to speak to your doctor if you are on blood thinning medication.

After all these steps I really just try and relax, directing my attention on something else rather than the motion sickness. I’ve even asked Mike not to talk about it because the more someone talks about it, the more I think about it and stress about it, and it just becomes a self-fulfilling prophecy.

In dealing with motion sickness, the key for me is prevention, prevention, prevention. I find that once I get sick, there is really nothing that I can do but lay down and sleep it off. Being stuck in bed is the last thing I want to happen when I’m on vacation, so I make sure to always follow these steps. If you suffer from motion sickness like I do, give these tips a try and they may make flying just a bit easier for you!

» Food & Thoughts, Gear, How To, Travel Tips » Preventing motion sickness . . . with a vomit bag in hand

2 Responses to Preventing motion sickness . . . with a vomit bag in hand