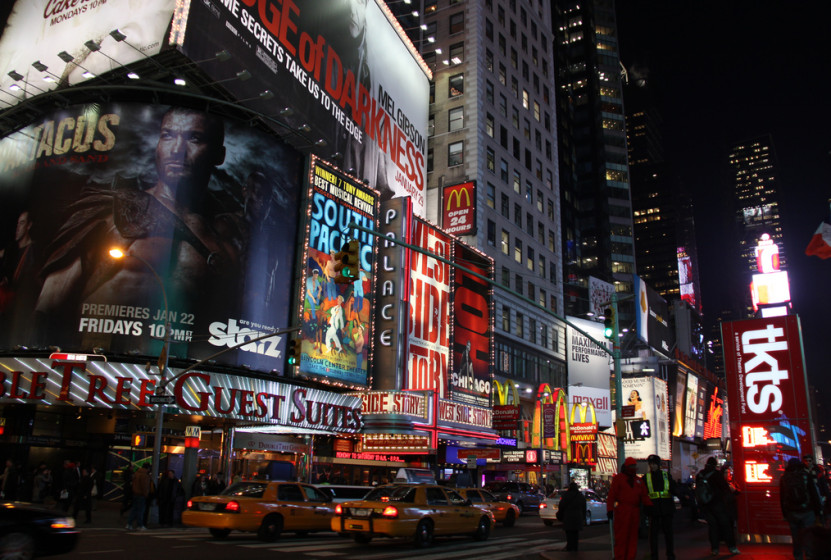 Above image courtesy of Pablo Tomatis

I grew up watching the Late Show with David Letterman and always thought he was a funny man. Sometimes his jokes were eye-rolling outrageous, but even then you can’t help but laugh out loud. I always thought it would be entertaining to attend the show and given the fact that the final episode is scheduled to air on May 20, 2015, I knew my chances were limited.

I submitted my request for tickets online thinking that if I was fortunate enough to get a pair then great, but if not oh well. I had nothing to lose. Weeks went by and one afternoon I got a call from the David Letterman Show telling me that I had a chance to win tickets, but had to answer a trivia question. Contestants are asked different questions, but they are basic enough that most viewers should be able to answer them (I was asked “what does Dave throw at the camera?” Answer: a pencil). After answering the question correctly I had to find a date where I could attend the show since I was unavailable on the date that was originally offered. I have to say that Jon from the David Letterman Show was extremely patient and accommodating so thank you John!!! Mike and I were put on John’s Gold List and set to go.

Tickets to the show are free but are non-transferrable and you need to make a firm commitment to attend since they don’t “oversell” the show. The show relies solely on the audience for the energy and applause and the last thing they want is a bunch of empty seats or a quiet audience since Dave feeds off of the energy.

Security for the show is quite tight and not only do you need a ticket to get in, but you are also required to go through a metal detector. Also, you aren’t allowed to take use any cameras or audio recording devices in the Ed Sullivan Theatre, so that means no pictures to capture the memories, but at the same time it really allowed us to focus on the actual experience and be in the moment.

On the day we went to the show, Dave’s guests were Steve Buscemi (Boardwalk Empire), Will Power (2014 IndyCar Champ), and Alt J (an English rock band). I was definitely awe struck to be in the same room as these celebrities, but I honestly think the best part of the experience was to see David Letterman himself. He is a great comedian and before taping started, Dave came out and spoke to the audience for 10-15 minutes, answering questions and joking around. Also, during commercial breaks Dave often consulted with various people about the show and even got his makeup touched up.

Taping for the show takes approximately 45 minutes (this does not include the time that you stand in line to get the actual tickets) and if you are lucky enough to win the David Letterman Show ticket lottery, you should definitely go. I know I would do it again if I could!

There is a reason New York is known as the city that never sleeps. There is so much to see and do and being there for just 6 days I only got a small taste of New York.   We stayed at the Crowne Plaza Times Square, which was extremely convenient because all of the things we wanted to do was close by.

How would you describe Times Square? Overwhelming. It is big, bright, loud, crowded, and overwhelms your senses in every way. Don’t get me wrong, anyone who goes to NYC should definitely go see Times Square, but I don’t think I will stay there next time. 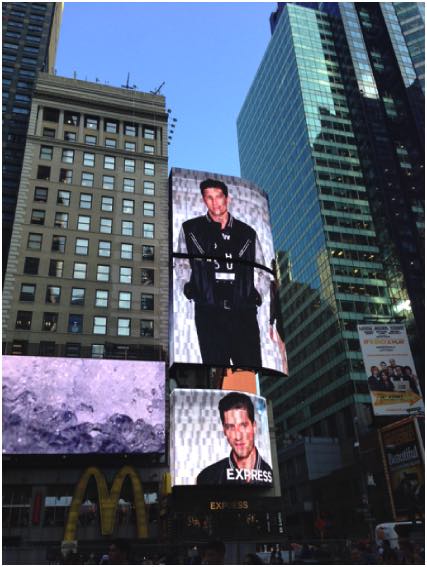 If you do happen to stay in Times Square, make sure to venture to 8th and 9th avenue and Hell’s Kitchen for some delicious food. I was able to find a more authentic New York culinary experience at the restaurants in these areas, as opposed to the ones in Times Square, which to me felt more like your big chain restaurants. 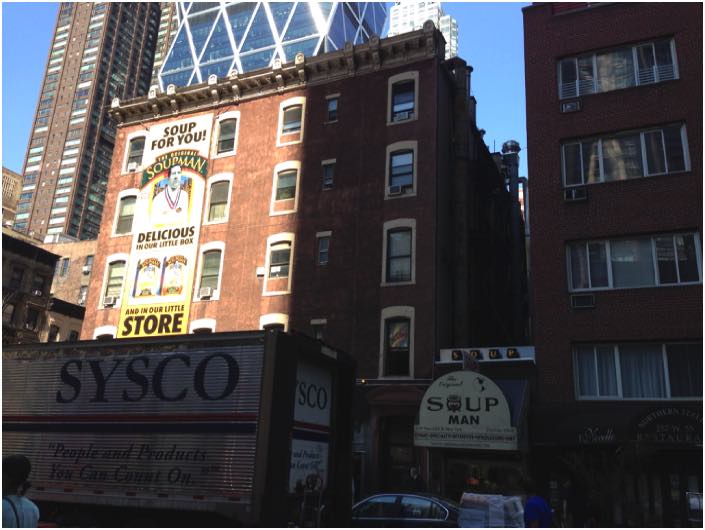 “No soup for you!” The Soup Man most notably known for as the Soup Nazi in Seinfeld.

One of my favourite places was Amy’s Bread, they had the best pastries and their coconut dream bars were to die for. Definitely worth the calories! Before we went to NYC, I had a couple of rules about eating out: we couldn’t go to the same place twice and we wouldn’t wait more than 20 min for a table. With so many places to eat and choose from, I wanted to maximize my dining experience. However, I made an exception for Amy’s Bread and went there almost everyday for a coconut dream bar – I was able to justify this because the bars didn’t replace a meal, but complimented my meals so I was still able to go to different restaurants J.

It is fun to people watch in Times Square because there are so many tourists, vendors, and people dressed in costume. Just be aware that if you decide to take any pictures with the costume wearers, you aren’t required to pay them or even tip them. However, be careful because they often put you on the spot and demand tips. One time, Mike and I wanted to take a picture with Iron Man (my nephews love Iron Man and I wanted to show them that their cool auntie got to meet Iron Man), and out of nowhere Woody from Toy Story joined in the photos. Before even taking pictures, I had asked Iron Man if there was a cost and he said there wasn’t, but as we were walking away Woody stuck out his hand and demanded a tip saying that was how they made their money. I was annoyed because I didn’t even want to take a picture with Woody to begin with and he was the one who invited himself, but feeling pressured I did tip each of them. Later on, I noticed there were police officers in Times Square handing out flyers saying tipping was optional and we are not obligated to tip the costume wearers. Also, there are homegrown music artists trolling around Times Square trying to pedal their demo CDs to unsuspecting tourists and as soon as you grab one, you are expected to give them some money, so be aware! 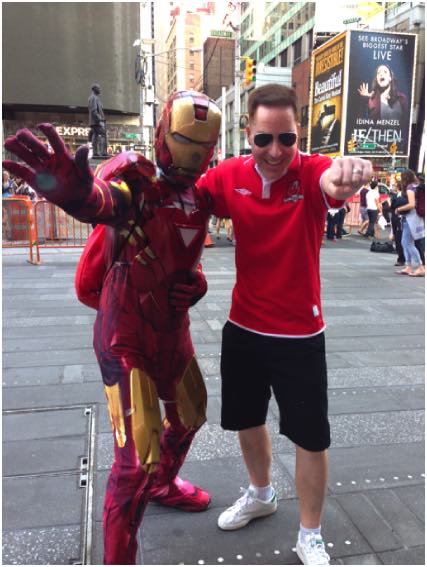 Mike and Ironman in Times Square. 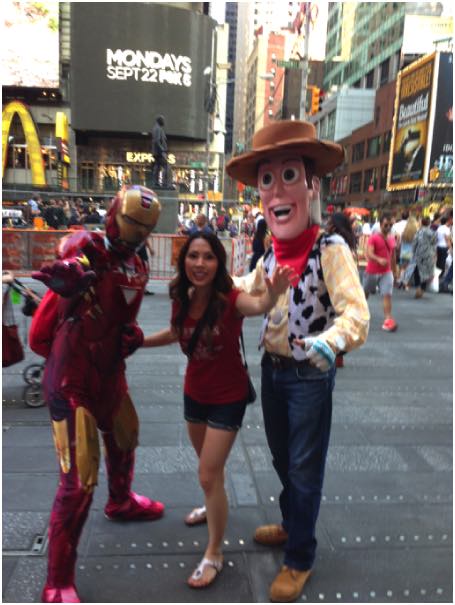 As I was posing with Ironman, Woody came out of nowhere and decided he wanted in on the picture too.

Hope you enjoyed my David Letterman and Times Square adventures!