One of the best ways to hit all of the major tourist attractions in New York is to take one of the bus tours. There are a couple of companies that offer New York city tours via the double decker hop-on/hop-off bus (Gray Line, City Sights NY, Big Bus), but it really doesn’t matter what company you go with because they all offer similar loops (Uptown Loop, Downtown Loop, Brooklyn Loop, and a Night Tour).

Mike and I went on the Downtown and Brooklyn Loop with City Sights NY because we previously walked to most of the sights offered in the Uptown Loop on our own. We bought our tickets through the Concierge Desk at our hotel and there was no added cost to do the Brooklyn Loop.  Going to Brooklyn was definitely worthwhile and it was the best way to see the iconic Brooklyn Bridge, not to mention there is a different vibe and energy to Brooklyn that you don’t get in Manhattan. Eager to see one of the most popular boroughs in New York City, Mike and I got off in Brooklyn, walked around, shopped and ate at a great Thai Restaurant (it was surprising to see so many Thai restaurants in the few blocks we walked), not to mention stopping at the Ample Hills Creamery for some insanely delicious ice cream. 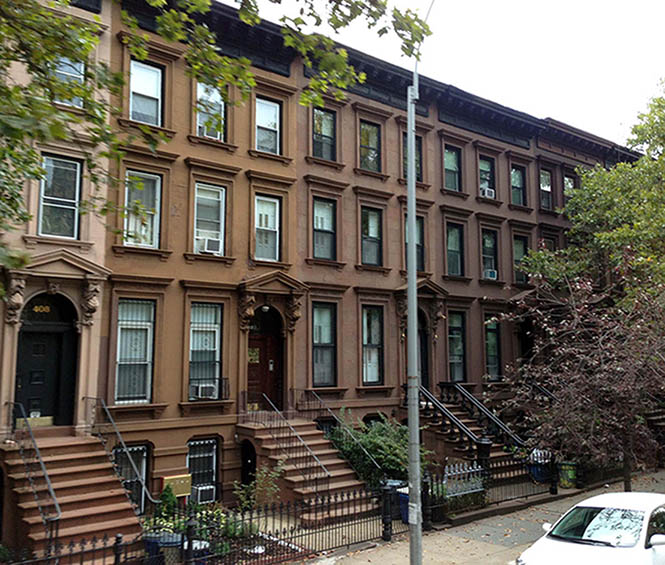 The walkup Brownstones in Brooklynn are idyllic and adds to the appeal, reminding me of some of my favourite TV shows and movies. 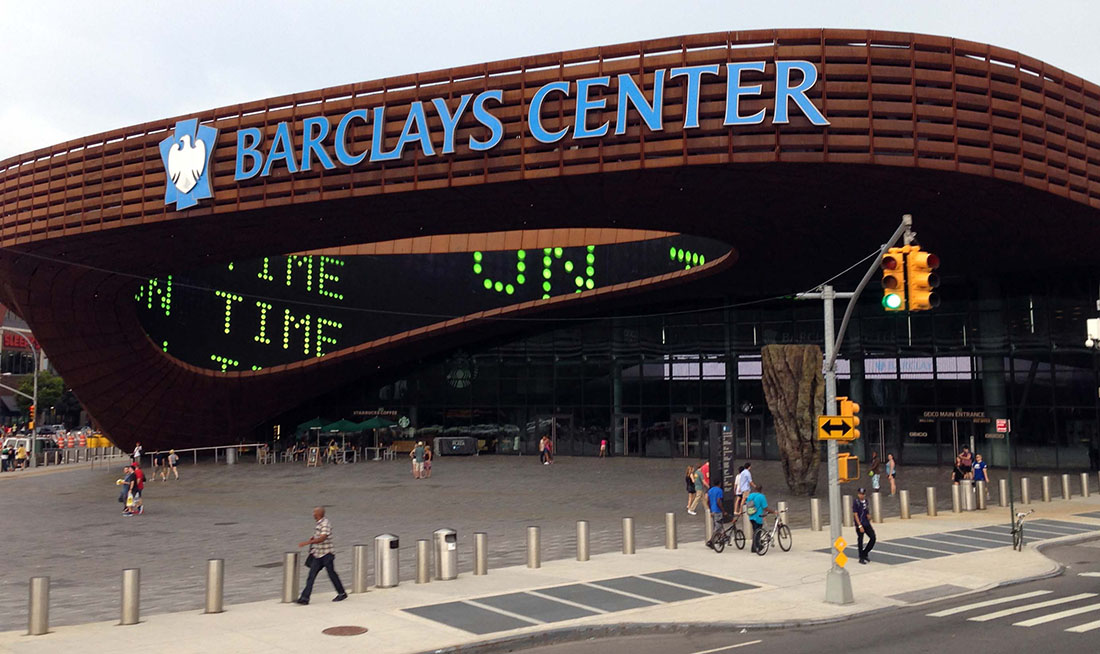 Barclays Centre – home of the New York Islanders and Nets.

The bus tour took us through Lower Manhattan and the infamous Wall Street, the world’s financial epicenter where money is made and sometimes dreams are lost (think 2008 Global Financial Crisis). At one point in my life I really wanted to work on Wall Street, so it was surreal for me to be driving through and looking at the high rises that house some of the most powerful and influential firms in the world. 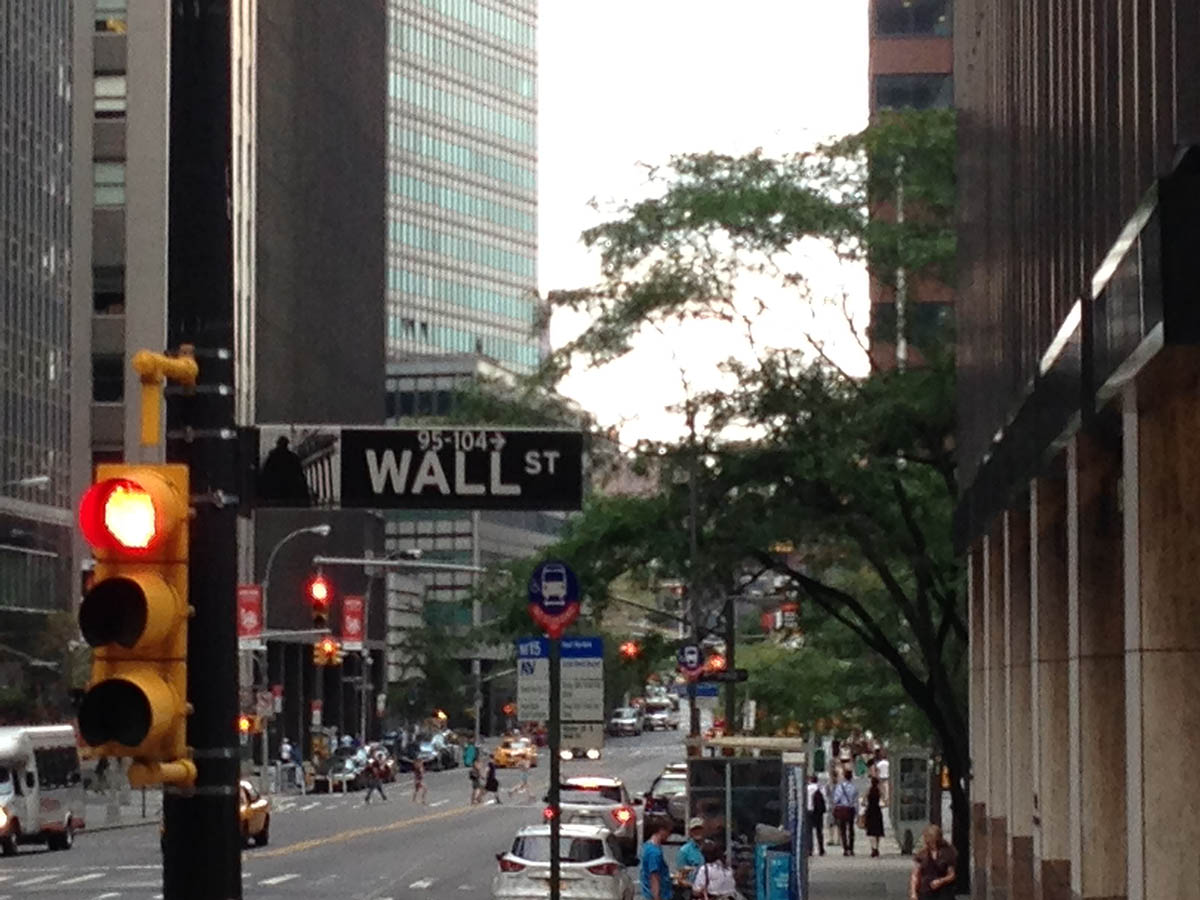 “Wall Street” two simple words that signify the financial markets of the United States and the world’s largest stock exchange. 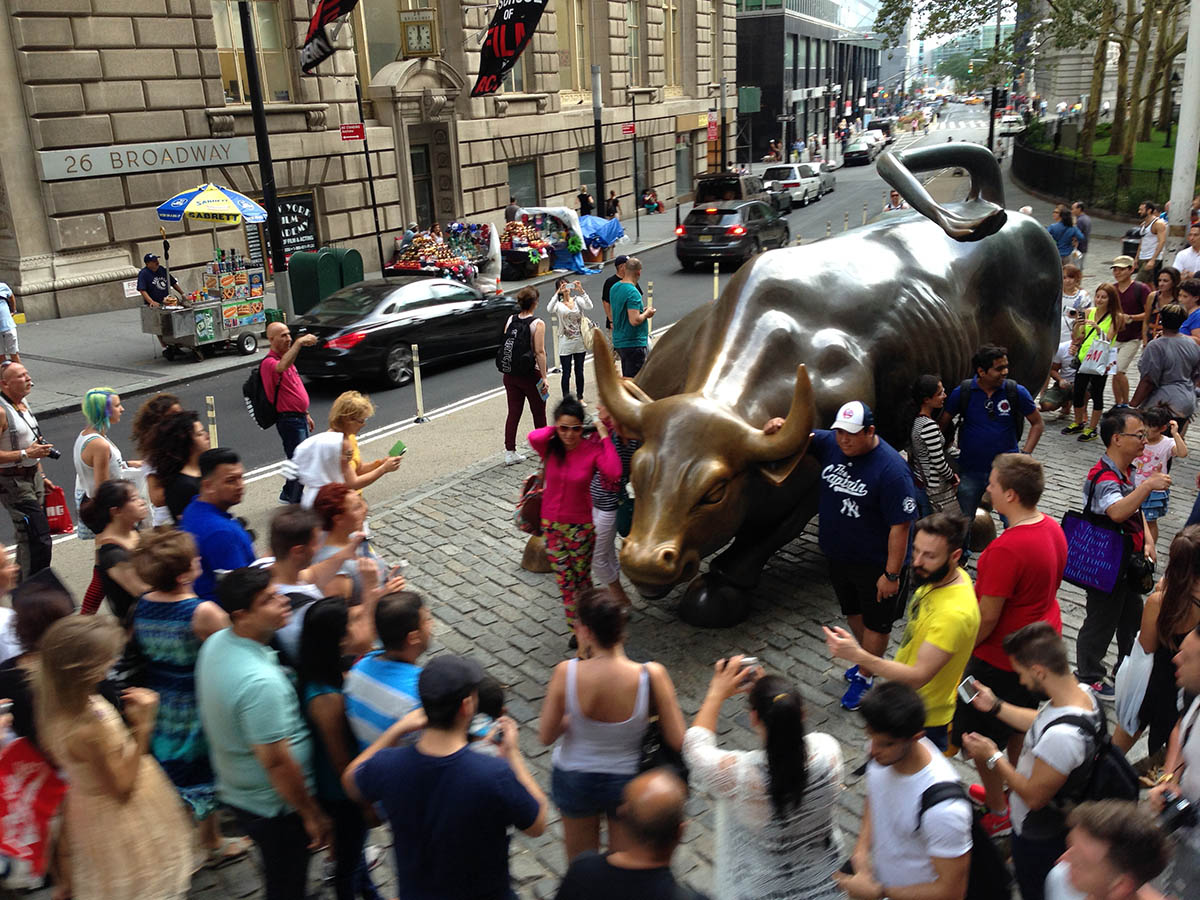 We also drove by the New York Courthouse and the only thing I could think about was the theme song to Law & Order and Jack McCoy standing on the steps trying to make a last minute deal before trial – yes, I know too much TV for me. 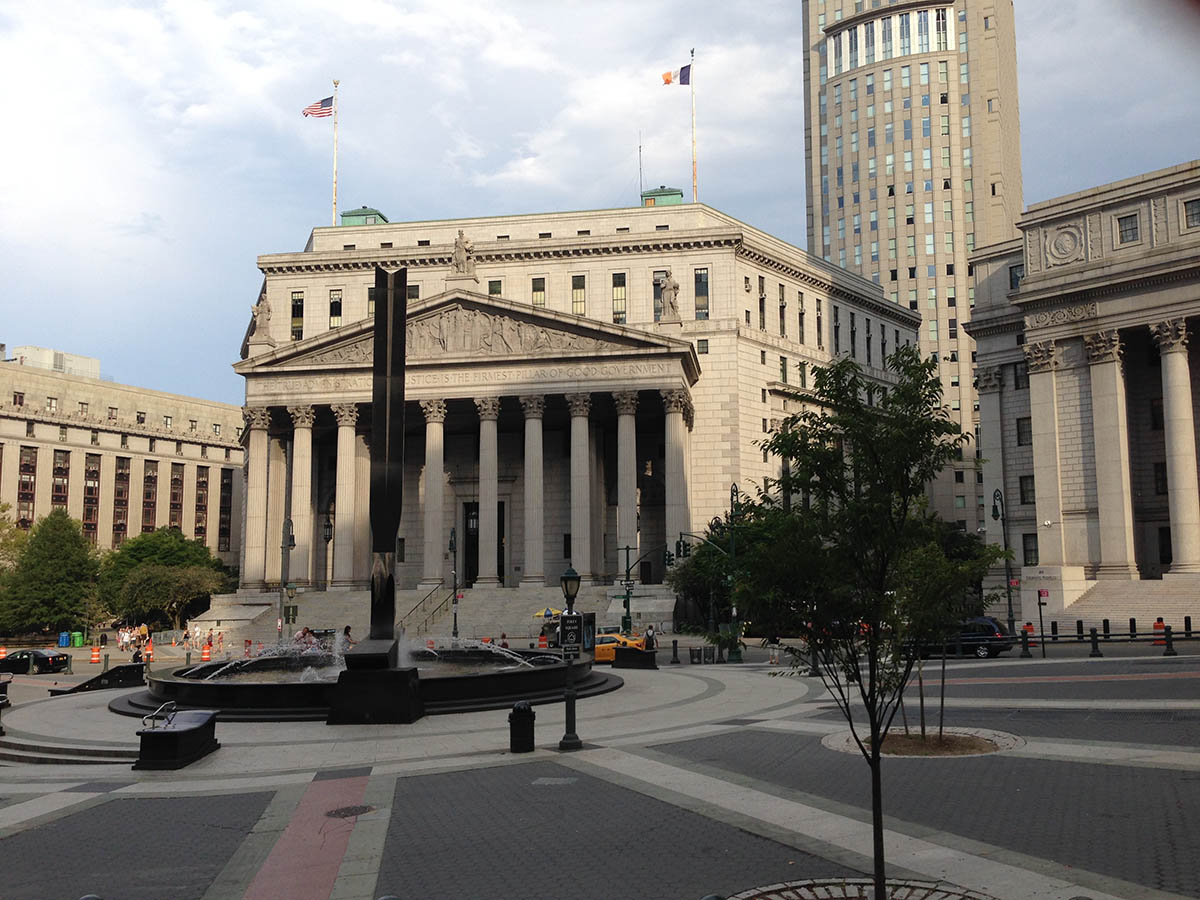 The New York Courthouse – where “justice is a by-product of winning” ~ Jack McCoy.

The added bonus of a bus tour is the information and commentary you get from the tour guides. They all have different perspectives and it is always enlightening to see what each one has to say about New York City. Our last guide on the tour shared his knowledge of the history of tenement housing in New York and the “slum like” conditions people were once living in. With this piece of information, I was now looking at the tenement structures through a different set of lens – no longer seeing the building’s architectural beauty but rather the hard knocked life of the tenants. 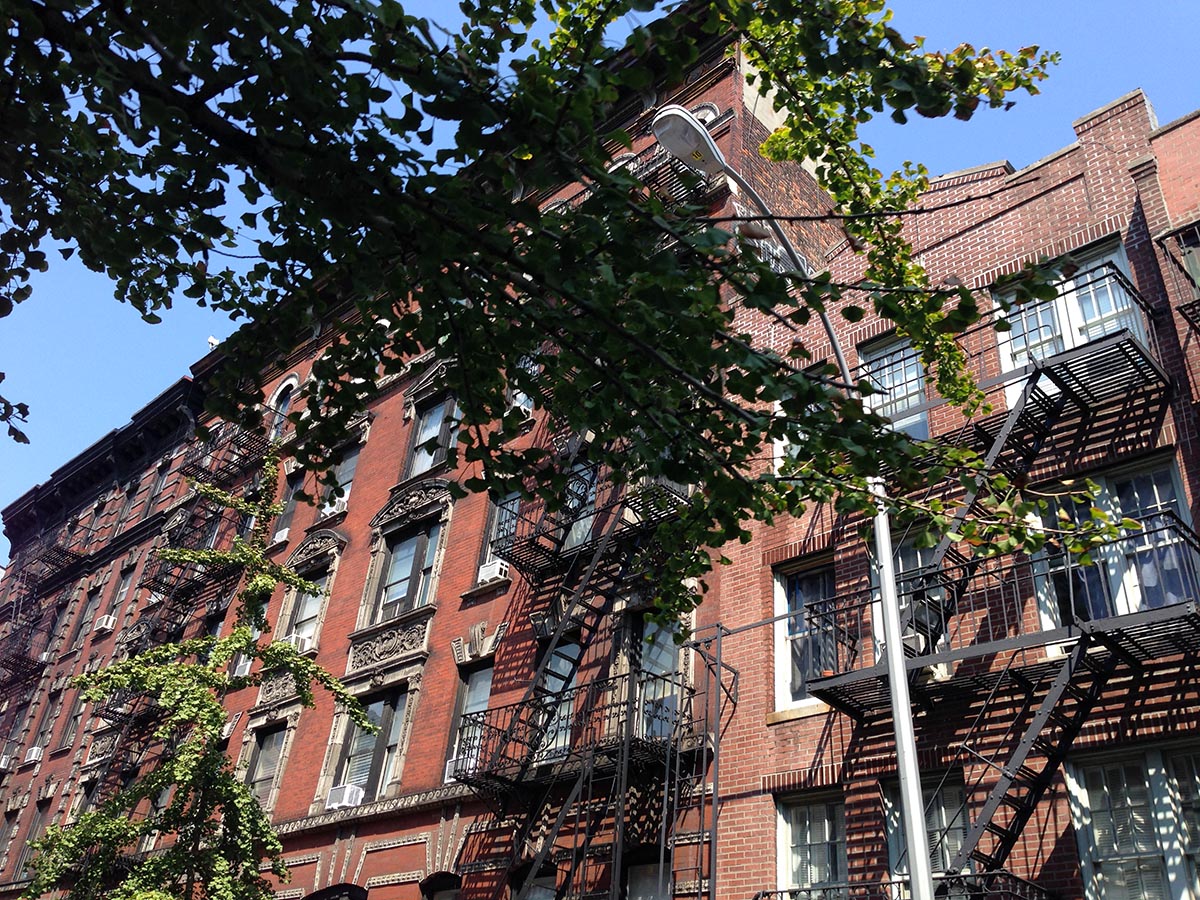 The last stop of my New York trip will be the different restaurants that I discovered, so until next time . . . just keep on hopping on!